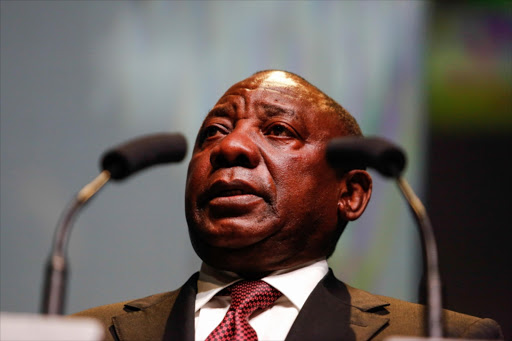 The 2014 Register of Members' Interests, tabled at Parliament on Wednesday, reveals Deputy President Cyril Ramaphosa is a very wealthy politician.

Over and above the more than R76 million he has accumulated in company shares, the document shows the former trade unionist and businessman owns 30 townhouses, all in Johannesburg, and two flats in Cape Town.

The register also confirms his resignation from the board of platinum producer Lonmin, a directorship for which he was loudly criticised in the wake of events at Marikana two years ago.

But it is what the register does not show that suggests his share holdings declared in the register are just the tip of a massive wealth pyramid accrued by Ramaphosa during his years outside active politics.

This is due to many of Ramaphosa's financial interests being reflected only in the confidential and not the public section of the document, for the reason that they are held together with private individuals.

This is the case, among others, with interests held by the Ramaphosa family's Tshivhase Trust, which was the biggest shareholder in Shanduka, the company Ramaphosa started in 2001, which grew to a business worth more than R20 billion.

In May, Shanduka and Pembani struck a deal to create a new black-controlled natural resources and industrial group, which enabled Ramaphosa to leave Shanduka.

The aim was to ensure that he made an exit from all state-regulated sectors, and to ensure that his family's business interests did not pose any risk of conflict of interest.

The public section of the register of interests reflects a range of directorships and partnerships Ramaphosa retains, but puts no rand value on his involvement in these, for the same reason that it could reveal the financial rewards others involved draw from the same enterprise.

This includes his continued involvement in the McDonald's fast food chain.

Ramaphosa resigned from a spate of business positions after his election as deputy president of the ANC in December 2012.

However, it is not clear whether this will ultimately include his links with McDonald's. The deputy president has been the development licencee for the fast food chain in South Africa since 2011, with a 20-year master franchise agreement.

Earlier this year, Ramaphosa asked President Jacob Zuma for a four-month extension to wrap up his divestment from business where he felt his continued involvement would create a conflict of interest.

The business interests that will endure after this process, include Tshivashe share trading, his involvement in cattle and game farming, as well as property interests, and one in a modest automobile business called Puma sports cars.

Though his resignation from Shanduka, Lonmin, and New Nation Development Holdings was concluded last year, this is not yet reflected on the CPIC database.