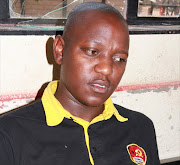 Former ANCYL official Jacob Lebogo, accused of shooting current youth league leader Boy Mamabolo and three others, was expected to apply for bail in the Polokwane Magistrate's Court on Thursday.

Lebogo, who is the former African National Congress Youth League Limpopo secretary, faced four counts of attempted murder after he allegedly shot at the four men on Sunday night at a Metro FM event.

He handed himself over to police on Tuesday and appeared briefly in court where the matter was postponed.

Mamabolo is a former friend of Julius Malema. Malema was sacked as president of the ANCYL, and went on to form the Economic Freedom Fighters.

He was embroiled in a court battle with Malema last year over a threatening text message he allegedly sent to Malema.

In the sms, Mamabolo allegedly wrote that he would exhume the body of Malema's mother and take her remains to Malema's grandmother's home in Seshego.

This was apparently in retaliation for Malema allegedly sending his allies to seduce Mamabolo's girlfriend.

Malema took him to court over the sms but the crimen injuria case against Mamabolo was provisionally struck off the roll last year.