Roux says police must wake up 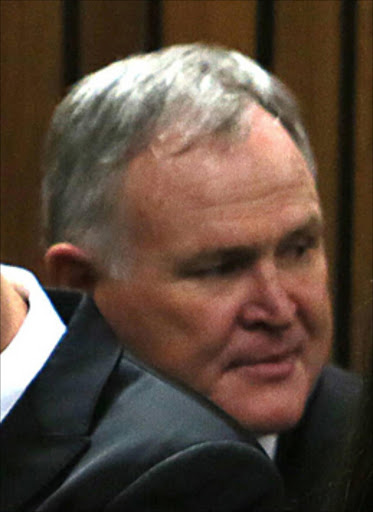 Oscar Pistorius (L) gestures next to his attorney Barry Roux (R) upon his arrival at the court on the third day of his trial at the North Gauteng High Court in Pretoria, on March 5, 2014. Oscar Pistorius's defence sought to prove that a married couple who heard screams on the night of Reeva Steenkamp's death colluded in their testimony, hoping to discredit key witnesses on Wednesday. AFP PHOTO/ POOL/ ALON SKUYI

Paralympian Oscar Pistorius's lawyer Barry Roux has lashed out at police inefficiency saying they were to blame for many criminals not being convicted, The Citizen reported on Thursday.

He said the biggest problem in South Africa was that people who committed crimes did so knowing "there's a fair chance they won't get caught -- or if arrested, won't get tried".

Roux called on police to "wake up".

He also criticised certain procedures in court that led to delayed justice.

"If justice is delayed long enough people don't show up anymore or simply forget what happened," he said.

Pistorius was charged with murder following the fatal shooting of his girlfriend Reeva Steenkamp. He shot her through a locked toilet door at his Pretoria home on Valentine's Day last year. He claimed he mistook her for an intruder.

Judge Thokozile Masipa will hand down judgment in the trial on September 11.