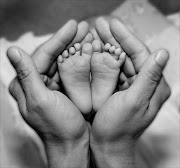 Niger's head of parliament, who faces questioning in a probe into international baby-trafficking, has "discreetly" left the country for Burkina Faso, an opposition official said.

Hama Amadou is suspected of "complicity" in the trafficking of babies born in Nigeria and trafficked into Niger via Benin.

But Amadou, who is considered the leading challenger to President Mahamadou Issoufou ahead of elections in 2016, has denounced the charges as politically motivated and said they would involve a breach of his parliamentary immunity.

"I can tell you that he discreetly left the country and is currently in Ouagadougou in Burkina Faso whose authorities have confirmed his presence," a Niger opposition figure told AFP, confirming private and state television reports.

Officials of the ruling party could not be reached for comment.

Mohamed Ben Omar, a member of parliament's political bureau, which authorised the investigation, earlier said "that for the honour and respectability of our institution, he must make himself available to the judicial authorities".

"We must not risk breaking the equality of citizens before the law. In the same case, Nigeriens are languishing in prison for months," said the MP who is close to the ruling party.

No request has so far been made to strip Amadou of his immunity from prosecution, he added.

"It is with a heavy heart that we have taken this difficult decision, but we consider that it's our duty," added Daouda Mallam Marthe, a vice-president of the National Assembly with the ruling Niger Party for Democracy and Progress (PNDS), referring to the probe.

The opposition has denounced the investigation as a breach of parliamentary rules, which do not allow "an office of the National Assembly to deliver a deputy to justice or to have him arrested", said Tidjani Abdoulkadri, of the Democratic and Social Convention party.

Amadou was earlier reported to plan to appeal to the Constitutional Court to look into the legality of the order.

Seventeen people, 12 of them women, were arrested in late June for their suspected involvement in a baby-trafficking ring between Nigeria, Benin and Niger.

One of Amadou's wives is among the 17 people.

The alleged crime involves forging and altering birth certificates to switch the names of mothers.

"The trafficking network is used primarily by couples who are unable to have children," a source close to the case told AFP earlier this year.

"Baby factories" -- private clinics where young girls sell their newborns to couples who are unable to conceive -- are regularly uncovered in Nigeria.

Cases in which mothers give up babies born from rape have been reported at such clinics, but young women facing unwanted pregnancies are more common, according to the Nigerian authorities.

The newborns are sold for several thousand euros -- with boys fetching more than girls. The mothers receive around 150 euros ($200).

The impoverished country of Niger has the highest birth rate in the world, an average of 7.6 children per woman.

In 2012, Niger police uncovered a fake orphanage where babies were sold on, some for use in black magic rituals.