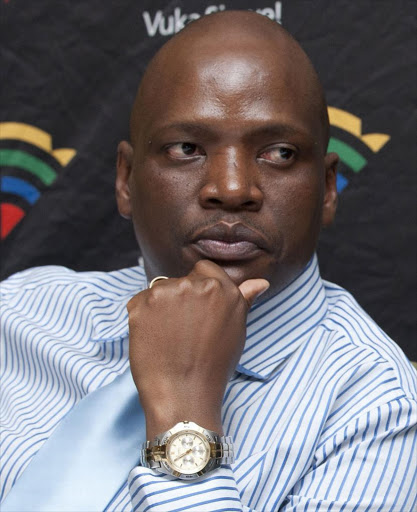 Determining whether SABC chief operating officer Hlaudi Motsoeneng lied about his qualifications is the golden thread of an application to have his appointment set aside, the Western Cape High Court heard on Tuesday.

"Dishonesty is dishonesty, wherever it occurs," said Steven Katz, for the applicant Democratic Alliance, reading from a 2012 Constitutional Court judgment.

Katz said the words in that judgment crystallised the DA's argument.

"The court will have to decide: was there a lie? And if it was [a lie], it falls into a character of dishonesty. It doesn't matter whether anyone knew it was a lie."

He said the DA's application focused on the "unlawful" process the SABC board undertook in its recommendation of his appointment, the rationality employed in the decision, and the findings of Public Protector Thuli Madonsela's report.

In February, Madonsela released a report on Motsoeneng, while he was acting COO.

She found his salary had been increased from R1.5 million to R2.4m in one year, that he had purged senior staff, and misrepresented his matric qualifications to the SABC. Madonsela recommended that a new COO be appointed at the SABC within 90 days.

In July, Communications Minister Faith Muthambi announced Motsoeneng's permanent appointment. She said he was cleared of all wrongdoing by a legal firm before the decision was made.

The DA then launched a high court bid to have his appointment set aside. Muthambi and the SABC filed opposing court papers.

Tshabalala said the broadcaster knew from day one that Motsoeneng did not have matric. She said he was not dishonest, had never misled the SABC, and was not responsible for any irregular spending.

Katz alleged that not only did Motsoeneng lie about his qualifications to the SABC, he lied to the court about his reasons for doing so.

"He tells the court, your lordship, that he filled in on the form Matric or Standard 10 not with the intention of securing employment. And human experience tells us, why would he tell your lordship that?

"It can be the only reason. The only answer is that he is lying to your lordship. To lie to your lordship about why he did it is the cherry on top. It's just not acceptable."

Katz said the board acted unlawfully by not shortlisting candidates for the permanent position or interviewing Motsoeneng.

"The failure of the respondents to deal with law must mean that your lordship is confronted not whether to grant the applicant relief, but the question is, what relief?"

The court proceedings were drowned out at times by the loud singing of a large group of protesters outside.

The swelling crowd, initially estimated at 100 people, protested at the court entrance, demanding the DA "keep their hands" off Motsoeneng.