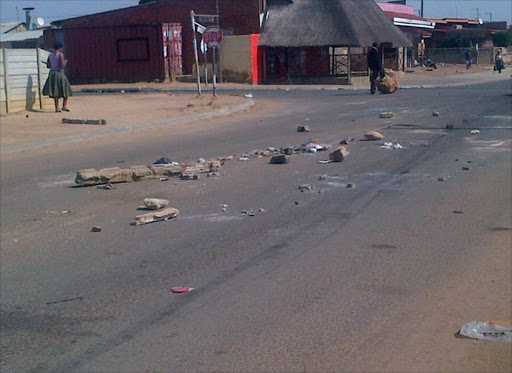 Protesters were blockading roads in Daveyton on the East Rand on Tuesday after they were prevented from invading land in the area, Ekurhuleni metro police said.

"They are angry and at 5am started barricading roads with rocks, tree-trunks, tires and other objects. The roads affected are those leading in and out of Daveyton."

Police were trying to remove some of the barricades, he said.

No arrests had been made and no injuries had been reported.