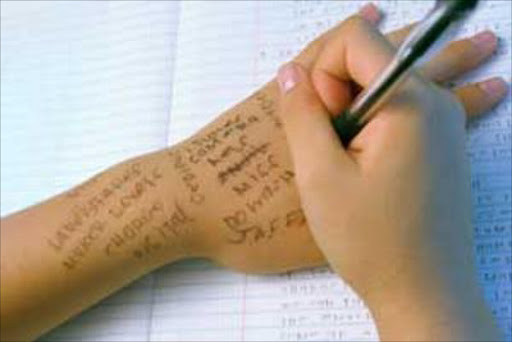 University students are brazenly cheating in test and exams, the Sunday Times reported.

At the universities of the Witwatersand, Johannesburg, Stellenbosch and North West, as well as Unisa, among others, more than 1400 students have been found guilty of academic dishonesty, including plagiarism, in the past year.

Experts agreed this figure was just the tip of the iceberg because many cheats were never caught.

Figures uncovered during the Sunday Times investigations of students cheating did not cover all tertiary educational institutions in this country because only 10 of the 23 responded to a request for data.

Higher education Deputy Minister Mduduzi Manana said he was worried about cheating and that academics had also spoken out.

"We don't need half-baked graduates in our country. We need graduates who have acquired enough knowledge to take it forward," said Manana.

"We have said to our institutions that they must tighten all loose ends. Those who think they can get away with murder and cheat must be exposed," said Manana.

In response to widespread cheating, the University of SA (Unisa) barred 519 students from studying for at least three years for using 'unauthorised material' during exams.

It permanently expelled 20 students for buying or selling exam papers.