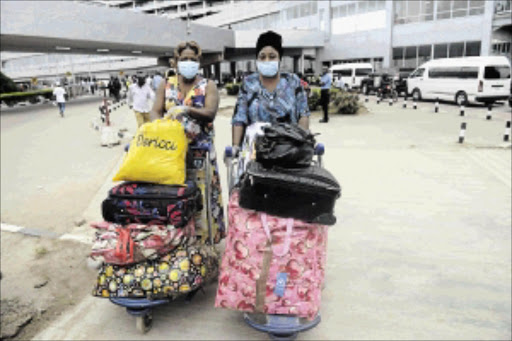 The Kenyan government says it will prevent entry into Kenya of passengers traveling from and through the Ebola-stricken West African countries of Sierra Leone, Guinea and Liberia.

The Health Ministry said the suspension is effective midnight Tuesday. It will allow health professionals and Kenyans to return from those countries.

Following the government's decision, Kenya Airways said it would suspend flights to Liberia and Sierra Leone. Kenya Airways, a major transport provider in Africa, has wrestled with the decision whether to continue flying to West Africa during the Ebola outbreak. Social commentators in Kenya feared the airline would bring Ebola to Kenya.

The airline said that restricting air service is a critical component of outbreak containment. To assist affected counties it has flown medical staff and supplies to West Africa.