US summit pushes empowerment of women in Africa 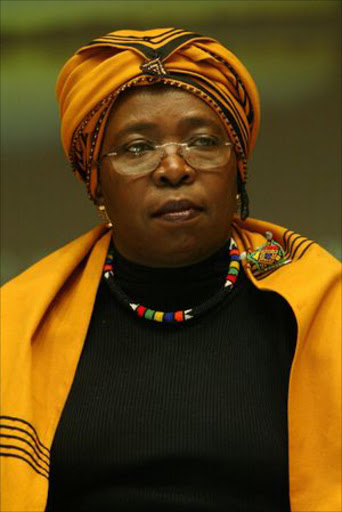 A high-powered gathering at the US-Africa summit here on Monday discussed the situation of women in Africa and the need to empower girls as the key to the region's development.

But the most down-to-earth women came from Nkosazana Dlamini-Zuma, chairwoman of the African Union:

When discussing women, speak to men of their daughters - not their wives - she said. Share your cares with other women, and at the end of the day make some time for yourself.

"Just go and get a massage or something," she said.

Amid applause, the weighty discussions of programs and initiatives quickly gave way to other ideas about how to change mindsets in Africa and elsewhere about the changing role of women.

Mental well-being is as important as physical well-being and society "should promote it," said Dlamini Zuma, a doctor and anti-apartheid activist who served as health and foreign minister in her native South Africa.

World Bank President James Kim chimed in that the link between stereotypes and expectations are shown in studies in behavioral economics "so stunning you can't quite believe they are actually true."

"So just little, small cues made a huge difference."

"The point is our heads are embedded with all these stereotypes that have a huge impact on our performance," he said.

"And so what's really, really important is that young girls be given a different set of messages from the very beginning."

Delegates made the case for intervention to promote women's education, micro-financing and access to agricultural equipment.

"What we know is when we empower women and girls we maximize production, we spur innovation, and we position ourselves to lead," said Valerie Jarret, a senior advisor to President Barack Obama.

She said leaders of five African countries --Sierra Leone, Senegal, Benin, Morocco and Tunisia -- have joined Obama in an "Equal Futures Partnership," committed to taking action to promote the participation of women in politics.

Summit participants said that while conditions for women are improving in Africa they have a long way to go.

Mali's President Ibrahim Boubacar Keita, who was elected in 2013 after a Tuareg and Islamist uprising that resulted in a French military intervention, said women had earned the right to be represented.

"During that time the women of Mali suffered a lot - rapes, all sorts of violence," he said of the abuses inflicted by Islamists. "To sing or to wear jeans was considered bad. To listen to rap or other music except for religious music was criminal. To love was illegal. You could be whipped, you could be stoned... You're buried up to your neck and then stones are thrown at you until you die, until your head is totally crushed by the rocks."

"And during that period the women were very honorable, they struggled, they refused, and so they deserve a better life," he said, adding they are "asking for justice."

Jill Biden, the US vice president's wife and a keynote speaker at the event, said that in the turbulent Democratic Republic of Congo 1,000 women are raped every day, and 60 percent are gang rapes.

She said the stories of survivors were "heartbreaking," but said that during a recent trip she also found women "turning something that could have broken any one of us ... into a way to help others."