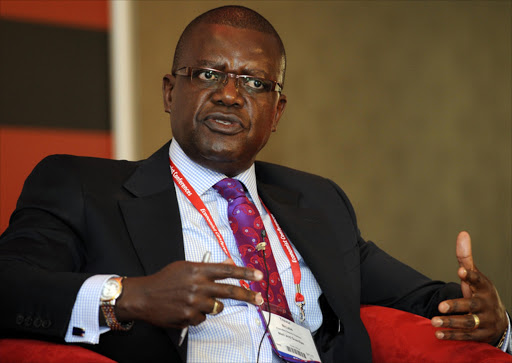 The Mail & Guardian denied a report on Friday that it is in financial trouble, that staff were unpaid for months, and that it subsidised business interests in Zimbabwe.

"The allegations in the article are completely untrue," the newspaper's chief executive Hoosain Karjieker told Sapa.

"We do not fund the Zimbabwe operations from South Africa, our staff members have all been paid, there is no dispute in terms of withholding bonuses, commission, or incentives."

The Star reported on Friday that the M&G was facing a cash crunch so severe that suppliers, contributors, and some staff had not been paid for months, and that it had defaulted on its rent.

It reported that the company faced a potential strike over bonuses and incentives, and that two staffers were considering legal action.

Unnamed sources told the newspaper that the crisis was the result of owner Trevor Ncube's loss-making Zimbabwean operations.

It claimed that Ncube's Alpha Media Holdings, which operates newspapers in Zimbabwe, was not financially healthy and that the M&G was being used to subsidise his business interests to keep it afloat.

"There is no cash-flow crisis, there is no concern out of the ordinary," he said.

Staff at the M&G believed the article may have been as a result of its phone calls to Independent Newspapers executives this week enquiring about the owners of the Sekunjalo consortium, and the departure of staffers, for an article. The story had not yet been published.

Independent Newspapers' group executive editor Karima Brown said its story had nothing to do with M&G's planned story on them.

"M&G has been writing about us since then [the take-over by Sekunjalo]," she said.

The information in The Star's report was on good authority.

"It's a legitimate story, it's factual, fair and balanced.

There have been a number of editorial changes and resignations by senior staff at Independent Newspapers since Iqbal Survé's Sekunjalo-led consortium bought the company last year.

Cape Times editor Alide Dasnois was dismissed from her position after a disciplinary hearing in May.

The company said it was because she opted for a wrap-around to mark the death of former president Nelson Mandela in December instead of clearing the front page.

The front page had a story relating to a fisheries tender linked to the Sekunjalo consortium.

Survé has denied that Dasnois's dismissal was due to the fisheries tender story.