Clean up for Madiba: Government 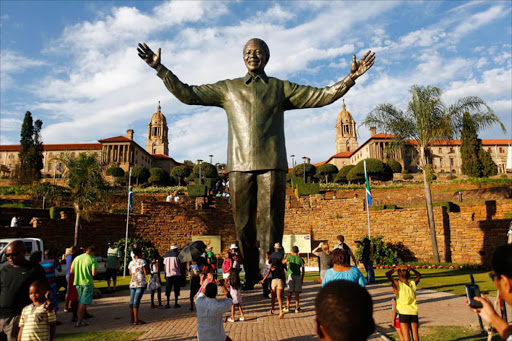 South Africans are urged to clean up their cities, towns, neighbourhoods, villages and schools on Nelson Mandela International Day, government said on Wednesday.

"Government encourages all South Africans to work together and dedicate 67 minutes of their time to clean up South Africa on July 18 [Friday], Nelson Mandela International Day," government said in a statement.

"Some of the activities that people can participate in include cleaning up of streams, clinics, schools, picking-up litter, among others."

Communications Minister Faith Muthambi said the call was in line with President Jacob Zuma's call for a major clean-up of the country's cities, towns, townships, villages and schools.

"Every citizen is urged to play their part in beautifying South Africa," she said.

"Making a clean South Africa is a collective effort, which will require us to go out in numbers and participate in activities that will improve our surroundings.

"The private and public sectors are also urged to dispose of waste in a responsible and environmentally-friendly way."

"No matter how small the action, the aim is to practise a healthier and cleaner way of living by taking care of our environment," she said.

Zuma and Deputy President Cyril Ramaphosa would also participate in the clean-up campaign in the Eastern Cape and North West, respectively.

This year's Mandela Day would be particularly symbolic as the first since the former president's death.

Mandela died at his home in Houghton, Johannesburg, aged 95, on December 5. He was buried in his childhood village of Qunu on December 15.