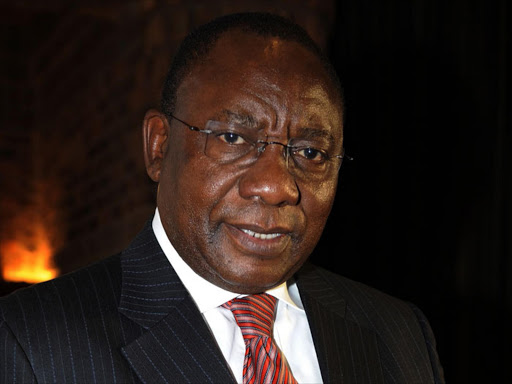 "The presidency has noted fake Twitter accounts that have been created in the name of Deputy President Cyril Ramaphosa," spokesman Ronnie Mamoepa said in a statement.

"The presidency wishes to place it on record that the deputy president does not have a Twitter or any other social media account."

All information on Ramaphosa's activities as deputy president would be updated on official presidency accounts, he said.

"The presidency is the process of requesting Twitter to shut down the fake accounts," Mamoepa said.

One of the accounts, @CyrilRamaphosa, has a profile picture showing the deputy president popping a champagne bottle, while the background picture is of a vault filled with gold coins.

The latest tweet, posted on Monday afternoon, states: "Arrived in Sri Lanka. It's hot. Doing some gov work, but here mainly to watch the Proteas give them a Klap!"

The international relations department said on Monday that Ramaphosa had arrived in Sri Lanka on an official state visit.