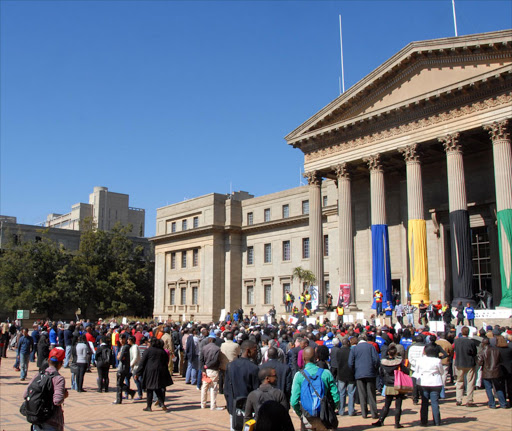 Top performing black students from rural and low quintile schools will take up 60 percent of health sciences faculty admissions, the University of the Witwatersrand said Tuesday.

The university had revised its admissions policy for all programmes in the faculty, spokeswoman Vivienne Rowland said in a statement.

The remaining 40 percent of places would go to top performing candidates based on their academic merit, Rowland said.

South African public schools are divided into five quintiles, with the poorest schools being quintile one and the least poor quintile five.

Those applying for the 2015 academic year would not be required to complete a biographical questionnaire (BQ).

"Their matric results will carry a 50 percent weighting and the results of their national benchmark tests (NBTs) will make up the other 50 percent," Rowland said.

She said an online BQ, to be introduced in 2016, could change the weighting in later years.

The revised policy was recommended by a task team commissioned by vice chancellor Adam Habib. It consists of members of the health sciences faculty, the Student Representative Council, other faculties, and the senior executive team.

"Wits University is committed to being a demographically diverse and cosmopolitan world class institution furthering the constitutional vision of a democratic and non-racial South Africa.

"We will continue to research and review admissions policies in line with the realisation of this goal," Rowland said.