“When you are troubled sexually go and look for prostitutes”: Grace Mugabe 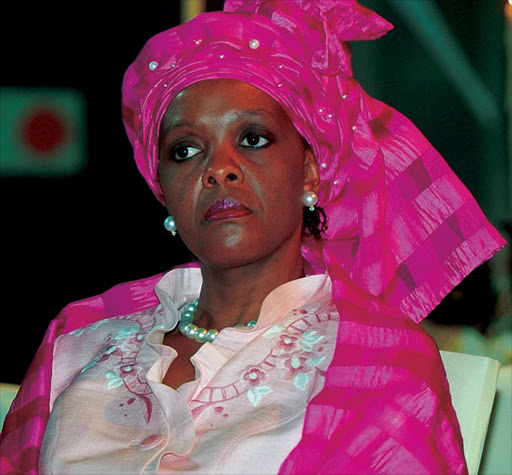 Grace Mugabe, wife of Zimbabwean President Robert Mugabe has been blasted for what critics say is the ‘promotion of prostitution’.

According to allafrica.com; civil rights groups have accused the Zimbabwean first lady of indirectly encouraging sex trade in the country.

This comes after Grace Mugabe’s speech at a World Blood Donation Day function in Chinhoyi on Saturday.

Describing the rape of young children as "embarrassing" and "very bad", the first lady was also quoted as saying: “Baba vakataura wani kuti kana zvanetsa, munongotsvaka ma prostitutes”. (Didn’t the President say when you are troubled sexually go and look for prostitutes).

In addition to reportedly saying that men should buy sex from prostitutes rather than force themselves on innocent young girls, Mugabe also suggested the ‘death penalty’ for such crimes.

"Looking at men, I am saying while others are donating blood to improve life, some are destroying that life," she said.

"I think people who commit such heinous crimes should be immediately sent to the gallows…to be beheaded. I don't see the reason why we should consider anything else," bulawayo24.com quoted her saying.

Rose Benton from the Zimbabwe Vigil pressure group was one of those who voiced their concerns over Mugabe’s comments.

"The point is that so many prostitutes are there because of the poverty in Zimbabwe which has been created by the ZANU PF regime. If you are a mother and you've got to feed your children but you have no other work you go into it out of desperation, like a lot of respectable people," Benton reportedly told SW Radio Africa.