ICC to try Ivory Coast's Gbagbo for crimes against humanity 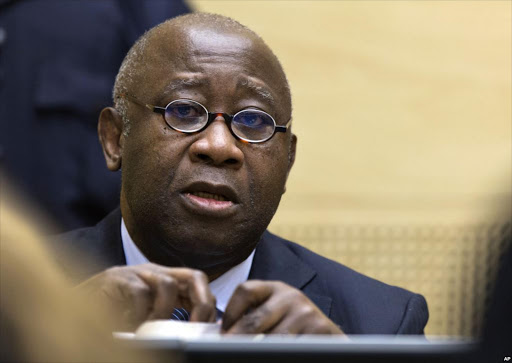 Gbagbo, 69, the first former head of state brought before the ICC, is accused of masterminding a campaign of violence in the world's largest cocoa producing country during post-presidential election violence. More than 3,000 people were killed.

Gbagbo, 69, the first former head of state brought before the ICC, is accused of masterminding a campaign of violence in the world's largest cocoa producing country during post-presidential election violence. More than 3,000 people were killed.

The charges include for murder, rape and persecution.

The pre-trial chamber "confirmed by majority four charges of crimes against humanity against Laurent Gbagbo and committed him for trial," the court said in a statement of the much-anticipated decision.

One of three judges dissented however, saying there was not "a realistic chance" of a conviction.

Gbagbo maintains that he was evicted in favour of his rival, current President Alassane Ouattara, thanks to a plot led by former colonial ruler France.

French and UN forces backed an assault on Gbagbo's villa in Abidjan after which Ouattara's forces detained him and handed him over to the ICC.

The charges are for allegedly fomenting the wave of violence as he refused to hand over to election winner Ouattara after 10 years in power. He has denied the charges against him.

The court had to decide if there were "substantial grounds to believe that Gbagbo committed the crimes" and should be charged.

Gbagbo was handed over to the court in November 2011, but a confirmation of charges hearing in February last year requested ICC chief prosecutor Fatou Bensouda to provide additional evidence against him.

The former president is accused of "having engaged his individual criminal responsibility for committing these crimes, jointly with members of his inner circle and through members of the pro-Gbagbo forces", the court said.

The prosecution says Gbagbo masterminded a plan to "stay in power by all means... through carefully planned, sustained and deadly attacks" against Ouattara supporters.

The evidence relates to four main incidents: the brutal crushing of an opposition march on Ivorian state television in commercial capital Abidjan in December 2010; the putting down of a women's march in Abobo, Abidjan; an attack on a market in the same neighbourhood; and reprisals carried out by Gbagbo supporters in Yopougon, also in Abidjan, between April and May 2011.

Dissenting judge Christine Van den Wyngaert said however that the evidence against Gbagbo was "still insufficient".

There was no convincing evidence that Gbagbo had an "inner circle" that agreed to commit crimes against civilians, she said, noting also that Gbagbo faced an armed uprising from rebels, allied with Ouattara, which could justify sending the military into civilian areas.

Gbagbo's speeches were not necessarily an effort to induce supporters to commit crimes, and money for alleged weapons purchases could also have been justified because Gbagbo faced a revolt, the dissenting judge said.

Gbagbo's lawyer, Emmanuel Altit, welcomed the decision, saying his client wanted "the truth to be known", including about a murky system of French political intervention in Africa put in place in the 1960s to maintain power and influence in former colonies known as "Francafrique".

"This will be a trial of Francafrique, of manipulation, of deals, of those who wanted a war to serve certain interests," Altit told AFP.

Human Rights Watch said the ICC's decision "should remind those in positions of power that they are not immune from justice".

Gbagbo's right-hand man Charles Ble Goude, leader of the fanatical "Young Patriots", is also detained by the ICC, while the Ivory Coast authorities have refused to hand over Gbagbo's wife, Simone, despite an ICC arrest warrant.

Gbagbo loyalists are still a force in Ivorian politics and Ouattara had in recent months tried to foster reconciliation with gestures toward the opposition.

Government spokesman Bruno Kone expressed confidence that the court decision "will bring back peace for everybody".

And the spokesman for Ouattara's party, Joel N'Guessan, said: "Gbagbo knows very well that many atrocities were committed in Ivory Coast under his responsibility.