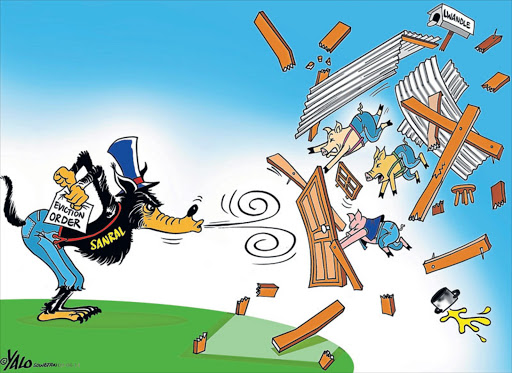 A new housing development project is being planned to accommodate evicted Lwandle families and others from surrounding areas, the City of Cape Town said on Wednesday.

"The city is already in the advanced stage of planning a major new housing project in Macassar," mayoral spokeswoman Pierrinne Leukes said in a statement.

"This development will allow beneficiaries from Solis Town, Greenfields, Polile, Wag 'n Bietjie, Macassar backyarders and families affected by the Sanral evictions to be accommodated."

Some 846 families were evicted from the SA National Roads Agency Limited's (Sanral) land in Lwandle, near Strand, a week ago.

Their shacks were demolished and set alight. Many lost their personal possessions and were left with nothing but the clothes they were wearing.

Following an uproar from many sectors of society, Sanral proposed to move the families to other land it owned as a more permanent solution.

The families were transported to alternative Sanral-owned land in Blackheath, which is a largely established residential area.

Residents of the area were reportedly outraged at the arrival of the families and demanded that the families leave the area.

In the interim, the families would settle in Blackheath, said Leukes.

"The city will provide the necessary emergency housing starter structure. The city will also provide sanitation, in the form of chemical toilets on the periphery of the Sanral land," she said.

Over the next three months, the city would provide full flush toilets on the city-owned land on the periphery.

The two also visited the families at a hall they are being accommodated in.