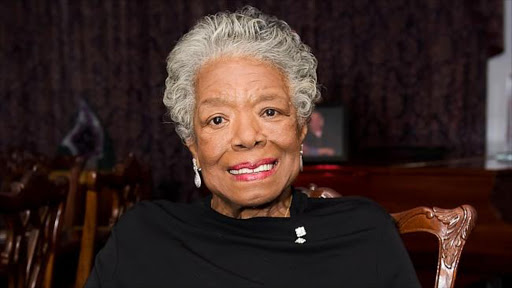 Poet, author, activist and philanthropist Maya Angelou was loved by many and just like many she had her fair share of heartbreaks.

Maya Angelou died yesterday at the age of 86.

Although Angelou was not married when she died, she had been married thrice in her lifetime.

Born Marguerite Ann Johnson, she got her name from her first marriage to Enistasious Tosh Angelou.

The two were married from 1949 to 1952, following their divorce she took the nickname that was given to her by his (Tosh) brother ‘Maya’ and kept the surname; thus becoming Maya Angelou.

In her book: The heart of a woman, Maya wrote this about her first encounter with Make:

--“Make's appearance surprised me. I had imagined him very tall and older. He was three inches shorter than I and his baby face was surrounded by fat. He had broad shoulders and a wide waist, all encased in a beautifully cut pin-stripe suit, and he was in his early thirties.

--"Miss Angelou. Glad to meet you. You represent the black hero Martin King, as I represent the South African black hero Robert Sobukwe. Hazel Grey has been telling me about you. If we had not met I would have known you anyway. I've met Guy (Maya’s son)."

--His accent was delicious. A result of British deliberateness changed by the rhythm of an African tongue and the grace of African lips. I moved away after smiling, needing to sit apart and collect myself. I had not met such a man. He was intense and contained. His movements were economical and delicate. And he didn't seem to know that he was decidedly overweight. He was a warrior, sure of his enemies and secure with his armament.”

--Then John introduced Mr. Make, and my love no longer was in the hands of Thomas Allen.

--Make started talking from a seated position, but passion lifted his voice and raised him out of the chair. He had been a defendant charged with treason in the trials after the Sharpville Massacre. The Africans, ANC and PAC members, along with people who belonged to neither organization, had met in 1958 to oppose oppression in their country. They had been inspired by Martin Luther King and the SCLC. (He looked over at me and nodded.) They had been encouraged by Malcolm X and the Muslims to set themselves apart from their oppressors.

--When he finished, he asked for questions and sat down, dabbing at his face with a cloud of white handkerchief.

--My first reaction was to wish I could be the white cloth in his dark hand touching his forehead, digging softly in the corners of his lips. Intelligence always had a pornographic influence on me.

--He asked for questions and was immediately satisfied.

--"Which organization was the most popular in South Africa?" Was he really flirting with me?

--"Did Luthuli and Sobukwe get along?" Did fat men make love like thin ones?

--"When would the average South African become politically aware?" Was he married?

--"What could we, as black Americans, do to speed along the struggle?" How long was he going to stay in New York?

They were married through 1963 and lived together in Cairo, Egypt where Angelou worked as the editor of the weekly newspaper The Arab Observer while taking on some writing and teaching positions.

Maya and her son left for Ghana as the marriage was ending. It ended in divorce.

Not being one to give up on love, Angelou once again found love in the arms of a Welsh writer and cartoonist, Paul du Feu. They were married from 1973 through 1981.