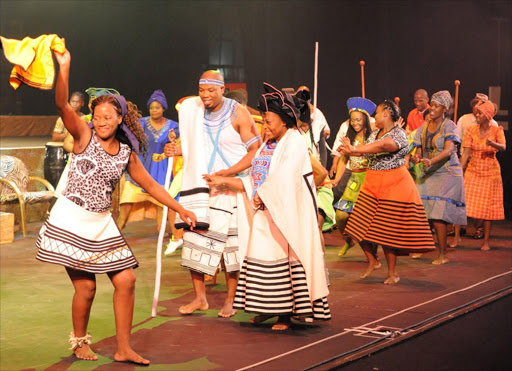 An opera telling the life story of the late South African icon Nelson Mandela showed only three performances before it closed down for lack of funds, its producer said Monday.

"Madiba: The African Opera" premiered on Friday at the State Theatre in Pretoria but was forced to close three days later when it ran out of money to pay performers.

"This is due to non-payment from Lotto," said producer Unathi Mtirara, who is also Mandela's grandnephew.

"We are still waiting for them to pay, we couldn't continue pending that deal."

The opera, which tells the early life of the anti-apartheid icon who died last year, was supposed to be move to Mandela's childhood village and final resting place Qunu from Pretoria.

It was then expected to tour South Africa before heading overseas.

Mandela, who was South Africa's first black president, died on December 5 at the age of 95 after a lengthy illness.

Several books and movies about his life have been produced locally and abroad, including the highly acclaimed "The Long Walk to Freedom" featuring Idris Alba.

The State Theatre confirmed the cancellation of performances but refused to give details on the private production.

The National Lottery is a source of funding for many art programmes and charities, but sometimes struggles to cover some of the applicants.