Things you may not know about Robert Mugabe 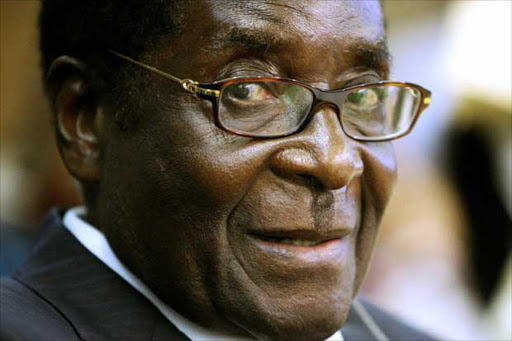 Everyone knows who Robert Mugabe is but what do we really know about him beyond his public life? Both his childhood and adult life are filled with surprises, many of which influenced decisions during his numerous terms as Zimbabwe’s president.

Mugabe is the product of a religious upbringing

Both of Robert Mugabe’s parents were extremely religious, and strict with their son. Throughout his childhood, he attended Jesuit school, and credits an Irish priest as one of his most influential mentors in his youth. Two of his brothers died when he was young Sadly, Mugabe lost both of his older brothers by the age of 10. One died from poisoning, while the other passed away not long after their father abandoned the family.

Mugabe has a strong background in education

Many are aware that Mugabe has always been a strong proponent of education. Zimbabwe’s literacy rate reached the highest of any African country during his presidency. This is in large part due to the fact that Mugabe worked as a school teacher prior to beginning his political career, first teaching in Ghana and then returning to Zimbabwe to join the revolution against the white government of Rhodesia.

Two of his brothers died when he was young

Sadly, Mugabe lost both of his older brothers by the age of 10. One died from poisoning, while the other passed away not long after their father abandoned the family.

He has seven university degrees

Six of Mugabe’s university degrees were actually earned while he was doing distance learning in prison. They cover a broad range of topics including education, economics, administration, and law. Degrees include a Bachelor of Laws and Master’s of Laws from the University of London’s external program, earned during his stint in a Salisbury prison.

After his release from prison, he escaped Zimbabwe with the help of a white nun

Though the Rhodesians did release Mugabe from prison, he was not supposed to leave the country. A white nun helped him to cross into Mozambique, where he was able to rejoin the revolutionary armies.

He was a Nobel Peace Prize nominee

In 1981, Mugabe was on the short list for the Nobel Peace Prize for his initial stance about reconciliation following Zimbabwe’s independence and his election as the country’s first president. He said, “Our people, young and old, men and women, black and white, living and dead, are, on this occasion, being brought together in a new form of national unity that makes them all Zimbabweans.”

While his first wife was struggling with her cancer, Mugabe started up with his private secretary, Grace. When it came out that she was pregnant with his child, he ignored popular opinion and married her in 1996.

Mugabe traveled to Italy despite a E.U. travel ban

Due to Mugabe’s violent rule, the European Union issued a travel ban against him that would prevent him from entering any member countries. However, he was able to subvert the ban on religious grounds in March 2013 in order to attend the inauguration of Pope Francis in Italy.

Many honors he received from various institutions have been revoked

As the number of human rights violations perpetrated by Mugabe have increased, many of his honors have been revoked. For instance, Queen Elizabeth II rescinded his knighthood in 2008, the Hunger Project took back his 1988 award of the Africa Prize for Leadership for the Sustainable End of Hunger, and numerous universities have revoked honorary degrees, including Michigan State University, University of Massachusetts, and the University of Edinburgh.

The first and only child Mugabe had with the late First Lady Sally Hayfron, Michael Nhamodzenyika, died at age three from cerebral malaria in 1966. Mugabe was informed of this from behind prison bars, and was devastated.

His father abandoned him

In January 2014, at his sister Bridget’s burial, Mugabe informed mourners during a 67-minute eulogy that his father had abandoned the family in 1934, after his oldest brother Michael’s death. Gabriel Mugabe Matibiri started a whole new family and bore new children.

He won the lottery

In 2000, Mugabe won the state lottery, raking in about 100,000 Zimbabwe dollars (the equivalent of $2,600 American dollars). His name was reportedly drawn from thousands of contestants, and many people were stunned. The lottery was organized by the Zimbabwe Banking Corp. About half the country’s population is unemployed.

Mugabe received a one-ton royal throne for his birthday, studded with gold and diamonds. He turned 90 on Feb. 21, 2014. Three throne crafters reportedly took two years of intensive work to carve the chair out of a block of stone.

Mugabe at the movies

A film star? Well…if you’ve seen the 2005 American thriller, “The Interpreter” with Sean Penn and Nicole Kidman, then you might know Mugabe’s role. A U.N. interpreter stumbles upon an assassination plot orchestrated by the fictional president of an African country. The fictional President Zuwanie” and Mugabe share many traits, as does the faux country of Matobo with Zimbabwe. The film was swiftly banned in Zimbabwe, deemed “anti-Zimbabwean.”

This may come as no real shock: Mugabe hates the gays. Here are some things he has been quoted as saying: “Worse than pigs, goats, and birds.” “If you take two men and lock them in a house for five years and tell them to come with two children and they fail to do that, then we will chop off their heads.” Since 1987, he has enforced sodomy laws against homosexual acts.

Some honors he received have been revoked

As the number of human rights violations perpetrated by Mugabe have increased, some of his honors have been revoked. Queen Elizabeth II rescinded his knighthood in 2008. The Hunger Project took back his 1988 award of the Africa Prize for Leadership for the Sustainable End of Hunger. Numerous universities have revoked honorary degrees, including Michigan State University, University of Massachusetts, and the University of Edinburgh.

He plans to run for president again in 2018

Mugabe won the most recent election in Zimbabwe in 2013 with 61 percent of the vote, but it is widely believed that voter fraud occurred. Despite this, and despite his advanced age, Mugabe has announced his intention to run again for election in 2018 for the office that he has held since 1987.