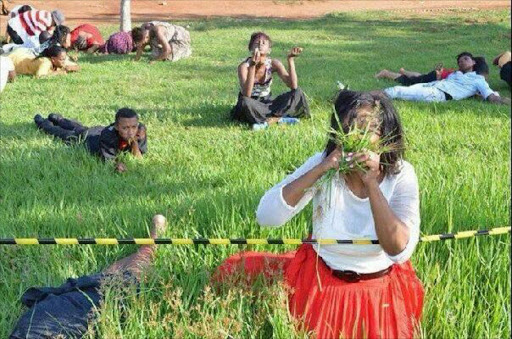 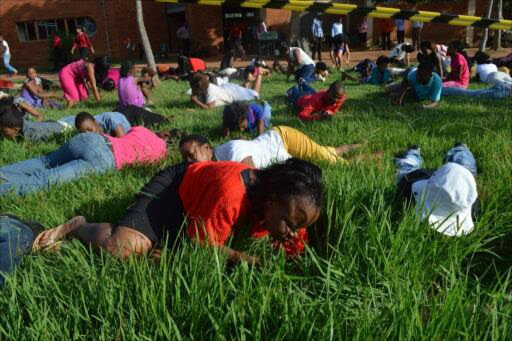 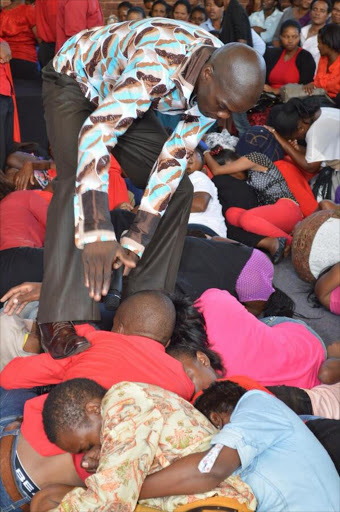 Rabboni Centre Ministries has become a trending topic on social media after it emerged that the church leader, Pastor Daniel Lesego had reportedly convinced his members to eat grass in order “to get closer to God”.

According to a report on the Christian Post, Lesego explained the ‘grass eating’ by telling the congregation that Jesus had more disciples than the 12 mentioned in the bible adding that they (disciples) had also done new things which were seen as unusual at the time.

"There were many disciples and you don't know others. Let God show you as they were deliberately not revealed in the Bible because God wanted someone to do them, new things. Nathanael was a disciple yet there is no book of Nathanael, what about the miracles, signs and wonders, what about how they them who were not mentioned, taught," Lesego was quoted saying.

In pictures which have been doing the rounds on the net, church members can be seen laying on the grass and while chewing chunks of it.

In some pictures Lesego is seen literally stepping on the members as he prays for them during a service.

The pictures have caused an uproar with many accusing the Pastor of abusing his power.

“This is disgraceful. You should be ashamed to call yourself a pastor! You're making God and His followers look like idiots!” Godfrey Albertyn wrote on the church’s facebook page.

“Im not saying he is a false prophet or a bad teacher,but on this one o e lathlile straight no question about it,no need for me to search scripture,its just pathetic,u just need logic to c hw rong this is,it just shows that he can make u do anything he wants coz u believe in him more than God,” Naome Ouma Dlamini wrote.

“its just sad to see these stupid and evil churches.. africa wake up.. these pastors are just exploiting you.. stop this nonsense..you need economic development not people telling you to eat grass.. damm this is stupid..,” another Facebook said.

According to the page, the church which is based in Setlogelo in Ga-Rankuwa was established in 2002 by Pastor Lesego who “listened to the word of God and started the ministry.”