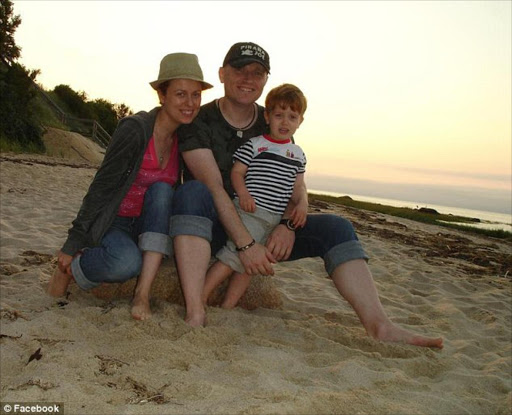 A 35-year-old threw his three-year-old son to his death from the roof of a 52-story skyscraper and then jumped killing himself, after a judge ordered him to hand over the boy to his estranged wife.

The killer dad has been identified as Dmitriy Kanarikov, a systems analyst from Brooklyn.

His son Kirill plunged 46 stories after being pushed from a ledge on the roof of the building. He landed on a sixth floor landing before crashing down onto a John Jay College building next door to the highrise.

He was alive when paramedics arrived on scene, but died minutes later at St. Luke’s Roosevelt Hospital.

Kanarikov was found on a fourth floor landing of the Midtown Medical Pavilion next door. He died at the scene.

He lives in Brooklyn, but reportedly accessed the South Park Tower at West 60th Street and Eighth Avenue because a friend lives there, according to the New York Post.

The Post reports that investigators believe little Kirill was thrown or pushed from the tower because he was found farther from the roof deck than his father's body - who likely plunged straight down after jumping.

Kanarikov was supposed to hand his son off to his estranged wife Svetlana Bukharina at a police precinct today after a messy custody dispute. He and Kirill never showed up.

The Ukrainian immigrant left no note explaining his actions.