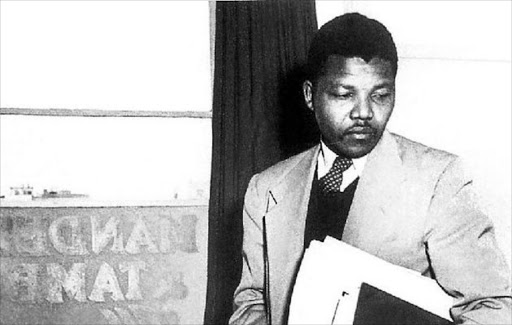 Former president Nelson Mandela was one of the best dressed students during his time at the University of the Witwatersrand, his friend and advocate George Bizos said on Thursday.

"I don't know where he got the money from."

He said Mandela was always in a suit and wore shiny shoes.

He was speaking at Mandela's celebration event held at the university.

In a laid-back public conversation before the crowd, Bizos told Wits Chancellor and deputy of chief justice Dikgang Moseneke that he met Mandela in the Great Hall in Wits in 1948.

"In this hall," Bizos said in response to Moseneke's question of their meeting.

He said Mandela could relate to anyone, whether it be children or people of royalty.

Kathrada said he one day heard Mandela speak to someone who he referred to as "Elizabeth" over the phone.

Kathrada said he asked Mandela who was the Elizabeth he was referring to.

He said it was the queen.

The crowd roared in laughter.

While Mandela did not obtain his degree at Wits, Phakeng said Mandela's life was shaped by his time there and on Robben Island.

Mandela went on to complete his LLB through correspondence with the University of SA.

"His only life on campus was at Wits," Phakeng said proudly.

She said while Mandela did not leave Wits with a certificate, he went through many life-shaping events during his six years as a Wits student including marrying his first wife Evelyn and becoming a father.

SRC president Shafee Verachia also gave a moving tribute to Mandela, attempting to sing the song "Nelson Mandela, there is none like you," in Zulu.

Verachia said Mandela proved that a young boy from Eastern Cape in Qunu could rise to make something great of his life.

The Great Hall at Wits was packed to capacity for the celebration, while television screens and seats were placed outside to accommodate those who could not be let in the hall.

The Wits choir, the institution's school of music as well as globally acclaimed musician, Lira, provided the entertainment at the event.

He is to be buried in Qunu, Eastern Cape, on Sunday.