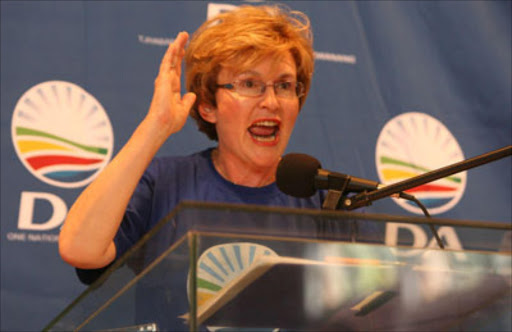 The Democratic Alliance is ensuring that it gives black South Africans an opportunity to progress, party leader Helen Zille said on Thursday.

"You're arguing for rapid paths of promotion for disadvantaged South Africans. We say we support that on the basis of offering opportunities," she said at a Black Management Forum debate in Sandton on affirmative action.

She explained how Mazibuko had worked her way up in the party but admitted she would not have got to where she was at this stage if she was not black.

"I can tell you, if she was white, no matter how brilliant she was, she would have not been the leader of the opposition when she was less than 31 [years old]," Zille said.

"So obviously the fact that she was black was important... But if she was just black and not highly intelligent and not highly articulate and not a very good politician we wouldn't have put her in there no matter what her colour."

Zille said the DA had the most diverse leadership of any party in the country.

"We unashamedly say we going to use quotas," he said.

"The difference between me and them [others on the debate panel] is they say it must trickle down... but my one is saying now we are going to apply what is called positive discrimination," he said.

This would be a positive step towards advancing those who had been disadvantaged.

Godongwana said South Africa was a society with a racial mould and imbalances of the past needed to be addressed.

He pointed out that it was because of the ANC's policies that there was an increase in the black middle-class. Affirmative action was an important tool.

"Affirmative action has failed... not only here but also globally," he said.

"We need a new social dialogue in South Africa on affirmative action with a view of a new national consensus."

Hermann said the country had radical ideas about race and minorities were being alienated.