'McBride likely to be appointed' 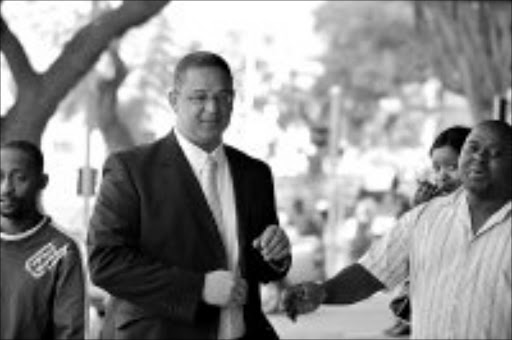 "Looking at the composition of the portfolio committee, the majority are ANC members. Clearly this is an ANC nomination and Cabinet has already approved [the appointment]," he said.

Johan Burger, a senior researcher at the Institute for Security Studies, said the recommendation of McBride for the position would be considered by Parliament's portfolio committee on police within 30 days.

"Looking at the composition of the portfolio committee, the majority are ANC members. Clearly this is an ANC nomination and Cabinet has already approved [the appointment]," he said.

"It will depend how the decision is taken on the appointment, but if it goes to a vote, I don't see that the vote will be against him."

Police Minister Nathi Mthethwa said on Tuesday that Cabinet decided at a meeting on Wednesday to recommend McBride as Ipid's executive director.

He said McBride was the successful candidate following shortlisting, an interview process, and Cabinet's endorsement.

"However, in line with the Ipid Act, the appointment can only be finalised once Parliament has concurred," Mthethwa said.

Opposition parties criticised the recommendation. The Democratic Alliance and Inkatha Freedom Party said they would oppose the appointment in Parliament.

Burger said he was certain the recommendation would be challenged.

"I am certain they [the portfolio committee] would allow individuals and organisations to make representations about the nomination, but I am not certain how they will do this."

Burger said McBride was a controversial figure. He said according to the Ipid Act the executive director should be suitably qualified.

"It [the act] does not tell us what this means. Does this mean that the person should have experience or qualifications, or is it about the person's character? We don't know," Burger said.

"The Ipid is an independent body that should be independent from possible political pressures in the sense that the person who heads it doesn't have baggage that might create suspicions about his or her integrity."

He said the central question in the debate on McBride's appointment was whether he was a suitable candidate.

McBride, who is a former MP and government official, won an appeal in March against a conviction for drunken driving and attempting to obstruct justice. He was arrested in 2006 after crashing his official car on the R511 following a Christmas party.

In 1998, McBride was arrested in Mozambique on charges of gun-running. He spent seven months in a Maputo prison and was later cleared of all charges. He claimed he was investigating illegal gun-running with the National Intelligence Agency.

In 1999, McBride faced an assault charge after he, underworld boss Cyril Beeka, and another man visited an escort agency and allegedly assaulted an employee.

McBride was part of an Umkhonto we Sizwe group that bombed the Why Not Restaurant and Magoo's Bar in Durban on June 14, 1986. Three people were killed and 69 were injured in the explosion. He was captured and convicted, and sentenced to death.

In 1992, he was released after his actions were classified as politically motivated. He was later granted amnesty at the Truth and Reconciliation Commission.

Burger said McBride would likely respond that all the incidents in his immediate past were mere allegations and that he had been cleared of all charges.

"It doesn't [however] remove doubts that people will have in his suitability, integrity and his ability to objectively perform in this position," he said.