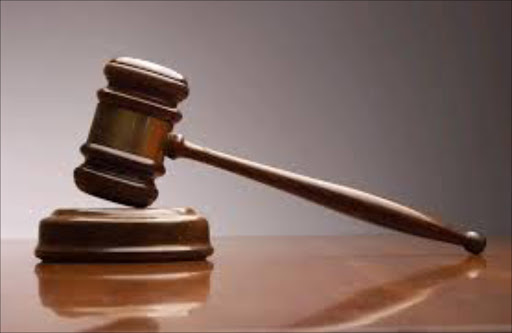 Exactly 11 years after a series of homemade bombs rocked Soweto, five of the men were given suspended sentences and the other 14, sentences of in effect five to 25 years.

The High Court in Pretoria ruled on Wednesday that the Boeremag members sentenced for high treason will not get back the assets seized from them by the police.

Exactly 11 years after a series of homemade bombs rocked Soweto, five of the men were given suspended sentences and the other 14, sentences of in effect five to 25 years.

Judge Eben Jordaan granted an order on Wednesday declaring the Boeremag assets, ranging from firearms to vehicles, laptops and GPS devices, forfeited to the State as the proceeds of crime.

The assets include a large number of firearms and ammunition, an ambulance, truck, bakkie, Mercedes-Benz sedan, a trailer, laptops and GPS devices.

The firearms include handguns, an AK-47 assault rifle, two shotguns and an R4 and an R1 rifle.

After claims that the bakkie belonged to Boeremag leader Tom Vorster's wife and that a family member of one of the Pretorius brothers had an interest in the truck, Jordaan gave interested parties 30 days to register their interest.

Most of the men also applied to the court on Wednesday to retain the firearms that had not been seized, saying they needed their weapons for self-defence and hunting.

Giel Burger, a former colonel in the defence force, who received a suspended sentence, said it would be almost impossible for him to get a job if he did not have the right to own a firearm.

His lawyer said Burger had been a career soldier, but now had to start rebuilding his life and was considering a job offer with a security company.

Vorster's lawyer argued that he was an old man, but wanted the right to defend himself if he ever came out of jail.

The 63-year-old Vorster was sentenced to in effect 25 years' imprisonment.

Daan Mostert, for Vorster's second-in-command Dirk Hanekom, argued that a weapon was "an emotional thing", and was "absolutely part of the culture of Africa".

He said a handgun was absolutely necessary if one had a "difference of opinion" with a buffalo, to which Jordaan said he would not be so brave as to attack a buffalo with a handgun.

Pieter van Deventer, who was given a suspended sentence, submitted that he lived alone on a smallholding where there had been a series of break-ins and needed his firearm to protect himself as he could not afford a security company or an electrified fence.

To the State's argument that the men wanted their firearms for "selfish reasons", Paul Kruger for Van Deventer and Visagie, said it could not be described as selfish if one wanted to protect oneself in a country with the second highest murder rate in the world.

"The community got what it wanted yesterday. It was all over today's front pages that they had been sentenced to over 400 years. They cannot ask more," Kruger said.

"How Van Deventer can again try to take over the government with his .38 revolver is beyond me."

Pieter Luyt, for the State, opposed the application, and said the court had to act in the interests of justice and the community by declaring all of the men unfit to own firearms.

"What can be more irresponsible than to plan using your personal firearm to take over defence force bases?

"However much they want to hunt or protect themselves, they should have considered the consequences when they planned to take over the government," Luyt said.

"No grounds except selfish reasons have been placed before the court."

Jordaan reserved judgment on the application.

An application for bail pending an appeal by Dr Lets Pretorius will be heard on Friday.

The court will hear legal argument on the granting of indemnity from prosecution for the accomplices who became State witnesses.