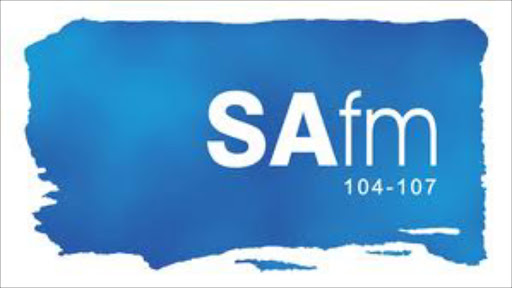 SAfm has been fined R20,000 for making an "unjustifiable connection with Islam" during two news bulletins, the Broadcasting Complaints Commission of SA (BCCSA) said.

Making the connection was "unfair", the BCCSA said in its ruling, which was handed down on Friday.

But the BCCSA rejected a claim that the broadcasts amounted to Islamophobia on the part of the SABC.

"It must be stated at the outset that this tribunal does not lightly come to the conclusion that a broadcaster appears to be following a certain trend, such as a tendency to Islamophobia," the ruling stated.

"A phobia suggests the existence of a persistent fear that is not justified. It would, however, not be fair to use the term Islamophobia simply because two news items included unjustifiable inferences with regard to Islam..."

The SA Muslim Network (Samnet) complained about a May 24 news clip about immigrants protesting in Switzerland over employment and other issues. In the clip it was stated that the protesters were not linked to any religion even though some Muslims were present among the protesters.

Samnet submitted that by inference there must have been members of other religious groups among the protesters and questioned why there was no mention of their religious affiliation.

It argued that this was "blatant prejudicial reporting".

"We believe that this was an unnecessary clip, the terminology used casts Muslims in a negative light and together with other stories aired, reflect an Islamophobia pattern of the SABC news," Samnet said in its complaint.

"This story would not have made headline news had there been no Muslims involved in the protests."

SAfm submitted that the clip was sourced from the BBC and included a reference by a BBC reporter to the presence of Muslims among the protesters.

The broadcaster agreed that this should not have been stated.

The second complaint related to a 4pm news bulletin on the same day.

News reader Greg Gouws informed the public that British police had arrested two men on suspicion of endangering an aircraft after a flight from Pakistan to the United Kingdom was diverted to Stansted Airport outside London.

Samnet said most radio stations and newspapers carried the story, which reported the men were British nationals and the incident was treated as a criminal offence, and did not mention a terrorism angle.

"Greg Gouws, however, drew a link between the airplane diversion to the Woolwich murder. He went on to comment that the murder was perpetrated by two Islamic extremists," said Samnet in its complaint.

On May 22, a British Army soldier, Drummer Lee Rigby, was attacked and stabbed to death by two men near the Royal Artillery Barracks in Woolwich, south-east London, in what was described as an Islamic terrorist attack, according to Wikipedia.

SAfm said its story was sourced from the BBC and Reuters, and was written in a factual and unbiased manner, and was not compared to the Woolwich murder.

It said the London stabbing was added to reflect that the plane incident came shortly after the stabbing which authorities were "grappling with".

SAfm argued there were widespread reports on the two British nationals with references to their Muslim faith. SAfm said the British government regarded the incident as an act of terrorism, which led to them being referred to as "Islamic terrorists" in the story.

"We concede, however, that despite being made in good faith, this might have been an unfair inference," the broadcaster submitted.

"SABC News has a policy of not making such references unless authoritatively confirmed, and this was an unfortunate deviation from this policy."