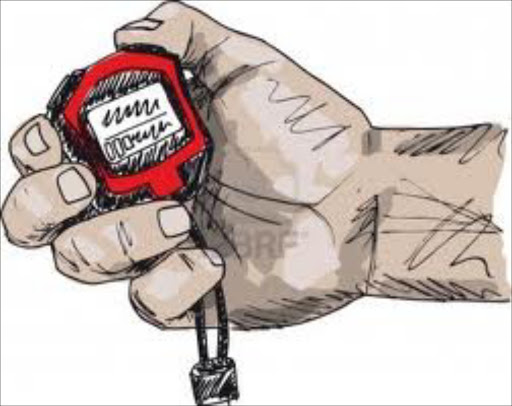 The death of a man who participated in a Road Traffic Inspectorate (RTI) recruitment fitness test has left a gap in the family, a commission of inquiry in Pietermaritzburg heard on Tuesday.

"The crack that has been left by the death of my brother has widened, so much so that it would not come as a surprise to me to learn that my mother has passed on," Mthetho Wambi said.

He said the death of his brother Lungile Wambi had forced him to close the car wash and driving school business he had managed.

The commission was appointed by KwaZulu-Natal premier Zweli Mkhize earlier this year to probe the deaths of eight people who took part in a four-kilometre run at the Harry Gwala Stadium in Pietermaritzburg in December. This formed part of a fitness test for RTI job applicants.

More than 34,000 people qualified to apply for the 90 advertised trainee posts. A total of 15,600 applicants attended a fitness test on December 27 and a similar number on December 28.

Wambi said that, according to the death certificate, his brother had died of hyperthermia.

"I did not know what that meant, but when I researched it, I found out it's when the body absorbs more heat than it can release," Wambi said.

When he saw his brother's body, he noticed bruises on his forehead, that his mouth was swollen, and that fluid was coming out of his nose.

He told the commission his brother had been fit, having participated in two fitness tests in Cape Town in October and November. He exercised regularly and there was training equipment at his home.

"The reason we are here is because one person did not recognise the existence of another," he said.

SC Ravenda Padayachee, for the department, said paramedics were present. He said an official from the health department reported that on the day Lungile Wambi collapsed there were nine ambulances, an ambulance bus, and an ambulance tent.

Wambi said his brother did not eat anything on the day he participated in the test.

Padayachee said Lungile Wambi's patient form from the paramedics indicated he was dehydrated and his blood sugar levels were low.

The commission continues on Wednesday.