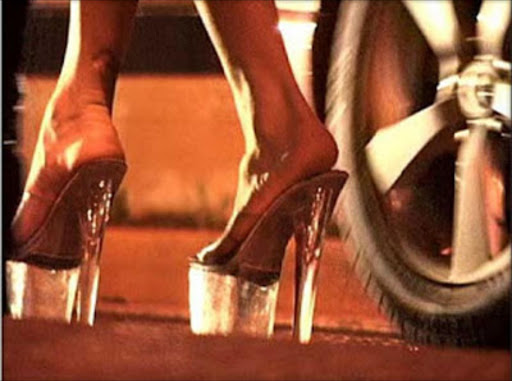 The Commission for Gender Equality (CGE) called for the decriminalisation of sex work.

"Decriminalisation means: repeal all laws against sex work," CGE commissioner Janine Hicks said at the launch of the institution's position on the matter.

"We believe it is the only viable approach to promoting and protecting the dignity and rights of sex workers," she said, adding that trafficking and child sex would remain crimes.

The commission believes criminalisation violates the Constitution's sections 10, 12 and 22 -- which protect human dignity, freedom of security of the person, and freedom of trade, occupation and profession.

It would include establishing better working conditions, and would allow sex workers to report brothel owners who were involved in trafficking or hiring children as sex workers.

Sex workers would also pay tax, like other workers.

According to Hicks, studies had shown that the term "sex work" was used to describe consensual work in this field, and was chosen by people in this type of work.

Prostitution was a word which was now associated with coerced sex work, where women had no choice.

Studies showed there was a 59.6 percent HIV prevalence among sex workers in South Africa.

Hicks said decriminalisation did not mean that people's daughters would rush into this line of work.

The point was to remove the abuse of sex workers and the violation of their constitutional rights.

CGE chairman Mfanozelwe Shozi said its stance would be taken to Parliament, where it would be debated by various committees.