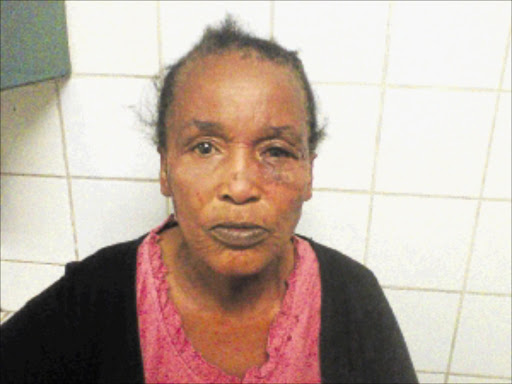 A 60-year-old woman was assaulted allegedly by a Tshwane Metro policewoman and kept in custody for two days.

Sindiswa Hejana of Silverton, eastern Pretoria, said the officer and her male colleagues assaulted her after a church service last Tuesday.

She said the officer, whose name is known to Sowetan, assaulted her for no reason.

"A Nigerian man, a congregant at our church, was given a traffic fine for parking incorrectly and he was begging them not to give him a ticket," she said.

"My husband and I told him to take the ticket and that's when the woman officer told my husband 'voetsek you old man.'

"I told her not to speak to him like that because he was elderly," Hejana said.

The female officer then allegedly became angry and attacked her. She was taken to Pretoria Central police station where she was allegedly assaulted again.

Police spokeswoman Sergeant Ann Poortman confirmed that they were investigating a case of assault with intent to do grievous bodily harm.