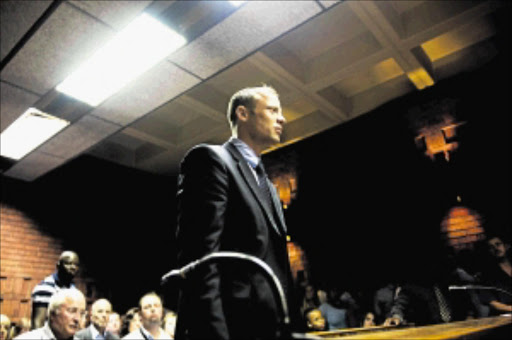 Murder-accused paralympian Oscar Pistorius's father was being racist when he commented that the government was not willing to protect whites, the ANC said.

"Not only is this statement devoid of truth, it is also racist," said African National Congress spokesman Jackson Mthembu.

"It is sad that he has chosen to politicise a tragic incident that is still fresh in the minds of those affected and the public.

"This tragic incident has affected two families that are still trying to come to terms with what happened, and this latest racist slur is not assisting these families," he said.

Pistorius sen. told British newspapers The Telegraph and The Daily Mirror that the family used weapons to defend themselves against crime in South Africa, and that the ANC government was not willing to protect whites.

Oscar Pistorius's uncle Arnold Pistorius distanced the paralympian and his family from the comments.

"The Pistorius family owns weapons purely for sport and hunting purposes," he said in a statement, issued by Vuma Reputation Management.

Mthembu said the Pistorius and Reeva Steenkamp matter was in the hands of competent courts, which were expected to handle the matter objectively and in accordance with the country's laws.

"Any speculation can only prejudice the case," he said.

The ANC welcomed the statement released by the Pistorius family.

The Young Communist League of SA said: "We see them [comments] as desperate attempts to make acceptable the unacceptably large arms cache that the Pistorius family have informed [the] media they own."

Pistorius faces a murder charge after shooting dead his model girlfriend, Steenkamp, on St Valentine's Day. He was granted R1 million bail by the Pretoria Magistrate's Court last month. His next court appearance is on June 4.