Police generals to take on gangs 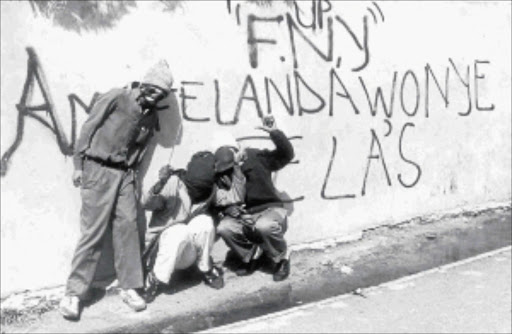 File Photo. Members of a gang that used to be known as the majimbos. PHOTO: Christine Nesbitt

Western Cape police are to use their generals to take on gang leaders, it was reported on Friday.

The Cape Times quoted Major-General Jeremy Vearey as saying it was the first time generals would be assigned to fight the gang problem.

"This is generals taking on generals who have the experience on street level to combat and take them down," he told reporters in Cape Town on Thursday.

According to the report, one of the most notorious gangs in the city, the 28s, had been operating for 200 years, with police achieving little success in disbanding them.

Hanover Park, on the Cape Flats, continued to be a hotspot for gang violence. Last year, 11 people were killed in a 10-week period.