How Motsepe cash will be spent 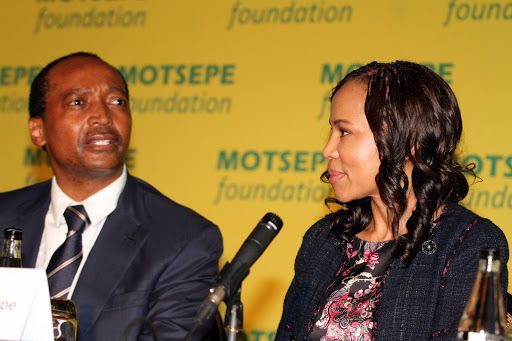 An advisory council will be appointed to identify projects

South Africa’s first black billionaire, Patrice Motsepe, has signed up for the Giving Pledge -- becoming the first African to join some of the world’s wealthiest people in donating vast sums of personal wealth to the poor.

The Giving Pledge is a philanthropic initiative started by US billionaire Warren Buffet along with Bill and Melinda Gates that has recruited nearly 100 billionaires, mostly Americans, who have pledged to donate the majority of their wealth to charity.

Motsepe, founder and executive chairman of African Rainbow Minerals, did not say exactly how much he will donate but he “will contribute at least half of the funds generated by our family assets to the Motsepe Foundation”.

The mining magnate's total assets are estimated by Forbes magazine to be $2,65 billion (about R29.9 billion). Motsepe is ranked the fourth richest man in South Africa and the sixth richest in Africa.

Motsepe, along with his wife Dr Precious Moloi-Motsepe, told a news conference that most of their donations will be used to bolster education and health.

“We recognise the huge responsibility and duty that the Motsepe family has to the poor,” said Motsepe.

“Someone in my position will have to send a message that we will help world-wide, because it is significantly more beneficial for us to be able to encourage the others who have got much, much more money.”

He hoped his family’s contribution would inspire more people to donate money to help the less fortunate.

“We want young South Africans, black and white, to get excited and want it to become cool to give.

“We want to build a track record where ordinary South Africans can really feel that they are making a difference.

“Let me emphasise that the challenges are huge,” he said, acknowledging that money alone could not significantly deal with the challenges that face South Africa. However, he offered this assurance: “We are not going to allow you to suffer alone. Your problems and your sufferings are not yours alone... We have to be guided by the needs of our country”.

The funds would be given to the Motsepe Foundation, which would distribute it to various charities to benefit South Africans, Africans and others around the world.

Dr Precious Moloi-Motsepe said that an advisory council would be appointed to identify charities the foundation would get involved with.

“We will broadly focus on education, health, church groups, and rural communities,” she said.

Basic Education Minister Angie Motshekga was present at the announcement. Motsepe said education remained one of the best investments in any country.