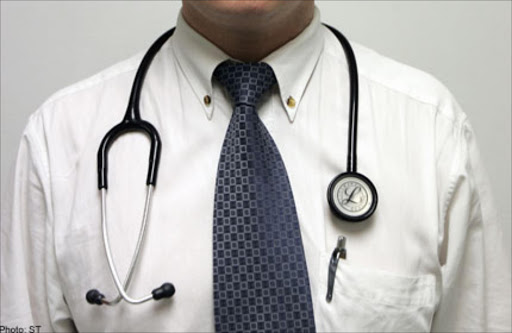 TRAUMATISED intern doctors working at Cecilia Makiwane Hospital’s surgery unit in Mdantsane fear they could end up killing patients -- because they work without any form of supervision from senior doctors.

In one case the shortage of qualified surgeons at the unit may have led to the death of a patient suffering from gangrene.

The second-year interns who started working at the hospital at the beginning of January said the situation was “ridiculous” as they were expected to perform procedures they had never done before.

One of the interns, speaking on condition of anonymity, said there was not one qualified surgeon in the surgery department.

“I have never seen anything like it. What is happening at Cecilia Makiwane Hospital is illegal,” said the doctor.

“We (interns) should not be working without specialised supervision because we do not have the experience to make life-threatening decisions.”

The doctor related a story of how a patient came in last Friday suffering from gangrene to his leg. There were no surgeons available to operate and the patient stayed in hospital for the weekend.

“I saw him on Friday and I thought he was fine but when I came back on Monday morning after the weekend, his leg was dead,” said the doctor. “When I went to visit him on Tuesday, he was dead.”

He said there was only one “reliable” senior person that they could report to but when that person was in theatre, “we are stuck on our own”.

The doctor said the experience of interning at CMH was like being thrown in the deep end and risking people’s lives.

“At least we are in our second year so we’ve had a bit of experience but if we were in our first year, some of us would have probably committed suicide by now,” he said.

Other interns confirmed the situation at the unit.

“It’s not a nice experience because we are still uncertain about most of the stuff and there is no-one to guide you and tell you whether you are doing the right thing or not,” said one.

“We are supposed to be learning but there is no-one to teach us so we have to basically figure it out by ourselves.”

The doctor said the situation was so bad that they had to turn back patients because the surgery department did not have enough senior doctors to perform ordinary operations.

“They only deal with emergency cases because there are not enough senior doctors to do the operations.”

Two previous surgeons, Dr Leopoldt Klaasen and Dr Jose Perez, who used to head the department, left the hospital late last year after their contracts were not renewed by the Eastern Cape department of health.

The department’s spokesman, Sizwe Kupelo said Klaasen’s contract had not been renewed because he was due to retire soon and the department was negotiating with Perez to do sessions as a consultant at the hospital’s accident unit.

However, when the Dispatch contacted Klaasen, he said the department version of events was “not fully correct”. He declined to comment further.

Perez, who was head of the surgery unit for more than 20 years, said his contract was not renewed by the department and that no explanation or alternatives were given to him.

“I knew that this would happen. The hospital is sitting without any qualified surgeons and we (him and Klaasen) are here sitting at home watching,” he said.

“We want to help this community but Bhisho does was not want us. It’s actually an insult to the Mdantsane community.”

Dr Anthea Klopper, chairperson of the South African Medical Association’s (Sama) Border branch said both Frere Hospital and Cecilia Makiwane Hospital were short of registered surgeons due to the retirement of Perez and Klaasen.

“Junior staff are not allowed to carry out surgical procedures without being supervised. Currently, as an interim measure, surgical procedures are reduced to emergencies only, no elective surgery is being performed and surgeons from Frere hospital have to cover surgery at Cecilia Makiwane Hospital,” she said.

Klopper said after hours, patients with surgical emergencies, who arrive at Cecilia Makiwane Hospital, had to be assessed, stabilised and transferred to Frere for surgery.

“This is less than ideal. The CEOs of both hospitals are fully cognisant of the situation and are head hunting qualified surgeons for the vacant posts,” said Klopper.

She said the chronic shortage of experienced doctors continued to hamper delivery of high quality medical care at government hospitals.