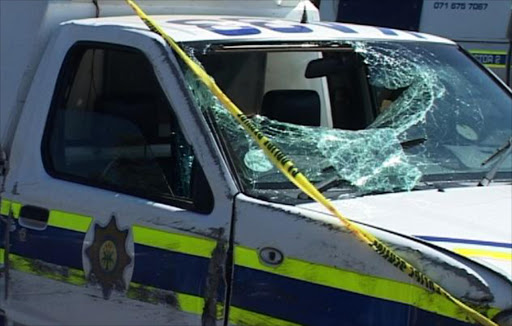 A motorist who raced away while a policeman was in his car searching for drugs, killed them both when he crashed in Rosebank, Johannesburg, during a high speed chase this morning

When they found a small amount of dagga, the driver sped off with one police officer still inside the vehicle. The other policeman gave chase in the police van.

“... The Audi driver lost control in Rosebank and hit a tree, a wall and a light pole,” said Dlamini.

The policeman and the motorist were declared dead at the scene.

Dlamini said the policeman’s name would be released after his family had been informed.