Gauteng ready to kick off the Afcon 2013 spectacle 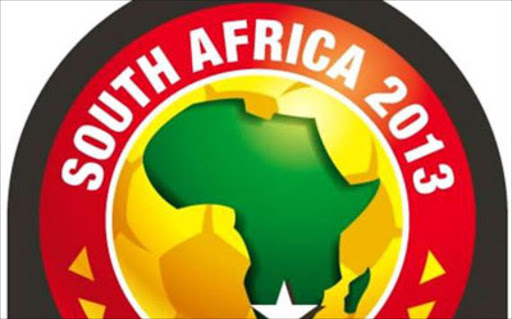 As the AFCON kick- off draws to a close, the Gauteng Province is pulling out all stops to ensure a resounding success for the soccer spectacle.

The province has the privilege of hosting the African Cup of Nations opening game on the 19th of this month and the final game on the 10th February 2013.

Approximately 86 000 soccer lovers are expected to fill the stadium during the opening and the closing ceremonies. Gauteng MEC for Sport, Arts, Culture and Recreation, Lebogang Maile says "As a Province will be supporting SAFA and Bafana Bafana in their preparation for the tournament, the last friendly match vs. Algeria this Saturday at Orlando Stadium will be a good platform to test our state of readiness".

Soccer fans are encouraged to make use of several facilities that have been identified for Park and Rides in order to avoid traffic congestion outside the stadium. These are WITS, Gold Reef City, Aeroton Cemetery, Constitutional Hill, Westgate and Shareworld. Prasa will provide trains the stadium. Commuters from Gautrain will use Rea Vaya busses.

"A detailed plan of action in conjunction with the City of Johannesburg is already in motion to ensure a seamless and an incident free tournament. As we reach a 10 Day countdown to AFCON kick off this Wednesday, we call upon all South Africans to extend warm hospitality to thousands of guests who will be visiting our province during this celebration of African football." says MEC Maile.

Following the agreement reached in line with the FIFA rule on the non-branding of stadia for FIFA tournaments, the host venue, FNB Stadium will be known as the National Stadium over the duration of the Africa Cup of Nations.

A high level of security personnel will be deployed to maintain peace and stability and regulate traffic movement on routes to the stadium and public viewing areas. Paramedics and emergency personnel will also be on standby to respond to any emergencies. The Joint Operations Centre will also be activated to ensure general safety for thousands of soccer lovers during the busy period.

Public Viewing Areas will be operating throughout the tournament in various locations in Orange Farm, Diepsloot, Ivory Park, Diepkloof, Sedibeng, Tshwane and Merafong.

Training has commenced for Informal Food traders who are allowed to operate within the city. This drive is aimed at providing conducive conditions for economic growth to local businesses and ensuring that our communities benefit from the soccer showpiece. The province will also support the Volunteer Programme. These volunteers include those previously trained and operational in previous tournaments.

The upgraded Orlando Stadium, Mipark Stadium, Rand Stadium as well as the Dobsonville Stadium will be the official Training venues for the soccer teams.

The Department will also give young aspiring football enthusiasts an opportunity to have access to their football icons that are based in their cities. In conjunction with SAFA Soweto, the Soweto AFCON Cup is adopting the 16 Nations Teams and playing out selected teams from across Soweto commencing on the 18 th Jan - 9th Feb 2013.