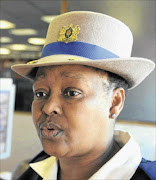 ABUSE of public resources, cheating in procurement at local government level and bribery of traffic officials are at the top of the list of South Africans' concerns about corruption.

According to Corruption Watch's Janine Rauch the initiative, which was launched in January, had received 945 corruption reports by the end of September, an average of about 105 reports a month.

JMPD spokeswoman Edna Mamonyane said: "When we talk of corruption that costs the taxpayer, we are talking about money due to the city. It is people working in licensing, people working with vehicle registration documents and cashiers who will take a cheque from a motorist and replace it with a fake cheque that bounces later when the city wants to process it.

"Bribes paid to traffic officers on the street is corruption, but it costs the motorist. We are working tirelessly to root out these practices in the JMPD."