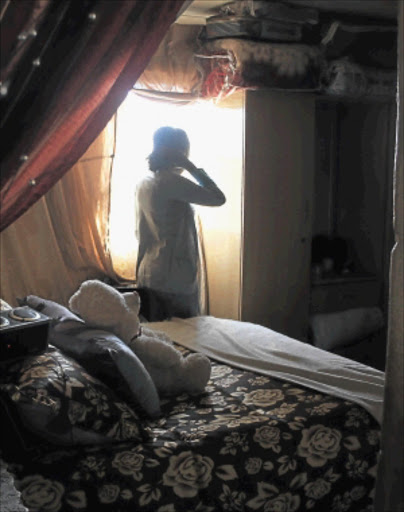 A DAVEYTON woman has kept a dead foetus in her house for the past three months as evidence that abuse by her lover resulted in her miscarrying.

Palesa Tsotetsi*, 31, kept the foetus in a freezer since August, claiming she was waiting for the police to collect it as evidence in an assault case she opened against her former lover.

She also wanted DNA tests to be done on it to prove to her ex-boyfriend that the child was indeed his.

Tsotetsi, a mother of two, said she asked the hospital to give her the foetus to bury and perform rituals.

"I asked the doctor to give me my child because I wanted to bury him," Tsotetsi said.

Instead of burying the foetus she decided to keep it in her house.

"I kept my baby because my ex-boyfriend kept saying it was not his child and I wanted the court to test it and prove him wrong."

Tsotetsi said she and her former lover had a fight when she was 14 weeks pregnant.

She found out that the man was cheating on here and had a baby with another woman.

When she confronted him, he assaulted her and she ended up in hospital, where she lost the baby.

The self-employed Tsotetsi said: "He wanted to kill me. I only wanted to know who the woman was and that really made him angry.

"He beat me as if he were fighting with another man.

"He wanted to stab me with a knife but I managed to get hold of the knife and stab him instead.

"Thank God our neighbour came to my rescue."

Tsotetsi said she only realised it was illegal to keep a foetus in her home after speaking to her lawyer.

Police spokesman Constable Oupa Makwaza confirmed that a foetus was found in Tsotetsi's house on Friday after they were alerted by Sowetan.

"We found a foetus in her house and took it to the government mortuary," Makwaza said. "Though she was given the foetus by the hospital under the pretence that she was going to bury it, we were not aware of her intentions."

Tsotetsi was taken to the Daveyton police station for questioning, but was not charged.

*not her real name