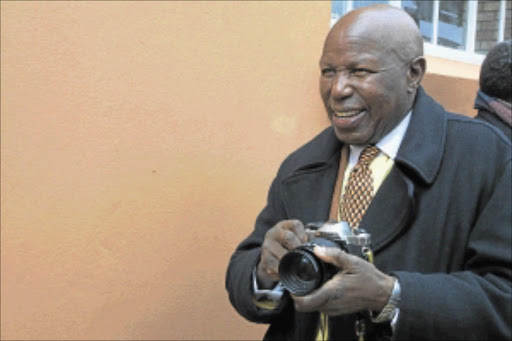 "He has been sick for a long time and has been in and out of hospital since March this year. It got worse recently but he could still walk with some assistance," he said.

Kumalo had been living in a retirement village in Woodmead, Johannesburg, with his wife, Modiegi.

Peter Magubane, his long-time friend and fellow photographer, said Kumalo lived his life to the fullest.

"We go back a long way - back to the '50s. I'm glad he lived his life the way he wanted. He was a wonderful photographer and always ready to help. Many photographers passed through his hands," he said.

Born in Johannesburg in 1930, Kumalo started his career as a freelance journalist for Bantu World in 1951. His passion for photography was noted and in 1956 he moved to Golden City Post. He was a photographer for Drum in the magazine's early years.

Kumalo covered many of South Africa's historical moments such as the Treason Trial, the Rivonia Trial, the union strikes of the 1970s and the rise of the Black Consciousness Movement. His work was published in both local and international newspapers.

In 2002 he opened a museum in Diepkloof, Soweto, which showcases five decades of South African history. The museum, however, has been struggling financially.