Sangoma nabbed for bones dug up in grave 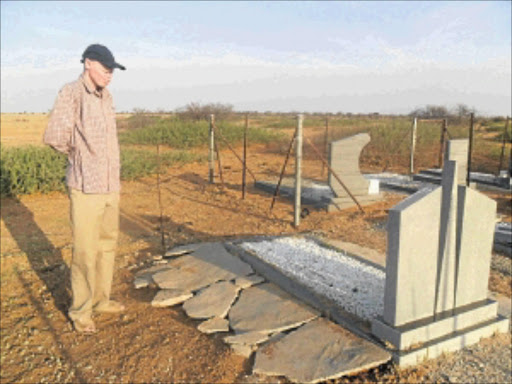 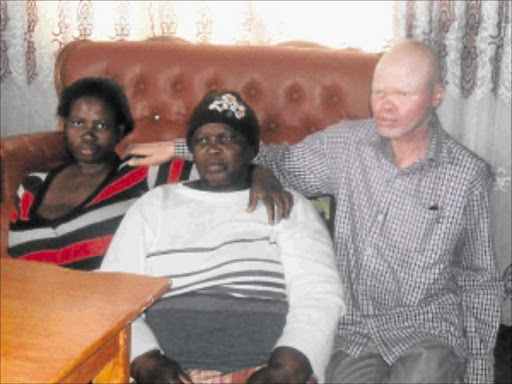 A North West family are still in shock after discovering their son's grave has been tampered with for the second time in two years.

A 54-year-old man and his driver will appear in the Mmabatho Magistrate's Court today in connection with the crime.

Sipho Gordon Lolwane, who had albinism, of Modimola village outside Mahikeng died in June 2002 after a short illness.

Nine years later the Lolwane family visited the grave to discover that it had been tampered with last year. They found human bones and pieces of a coffin next to the grave.

The police suggested that they exhume the body, but the family decided it would be too painful to deal with and declined to do so.

They said they could not go through the same grief and pain again as happened when their son died.

On Friday police knocked on their door at about 4am and told them that someone had been caught with their son's remains.

Sipho's mother, Nomvuyo Lolwane, 72, said it was a total nightmare.

"My son ran to the door and opened it and it was the police who came to tell us they had caught a person in possession of my sons remains. I could not breathe properly for a while," she said.

"I want him to tell me why he was targeting my son's grave," she said.

According to police spokeswoman Captain Amanda Funani, a sangoma was caught and was with his driver when discovered by police while patrolling the Moletsamongwe cemetery in Modimola,

The family also believes the suspects targeted the grave because it belonged to a person with albinism, saying this fuelled myths that albino people's bones can be used for muti purposes.

Sipho's younger brother, Willie Lolwane, who also has albinism, said he wants answers on why his brother's grave was targeted.

"I think they wanted an albino's bones for their muti, but why did they target only this one? He was not the only albino who died. We are not safe, people see us as muti ingredients instead of ordinary people," he said.

The Albinism Society of South Africa expressed their shock at the act. Spokesman Patrick Wadula said: "This is an abomination and whoever is responsible for this act should be arrested and they must throw away the key.

"We call upon the police to investigate this matter seriously and catch the culprit."

Wadula urged parents, especially mothers of young children with albinism, to take good care of them.