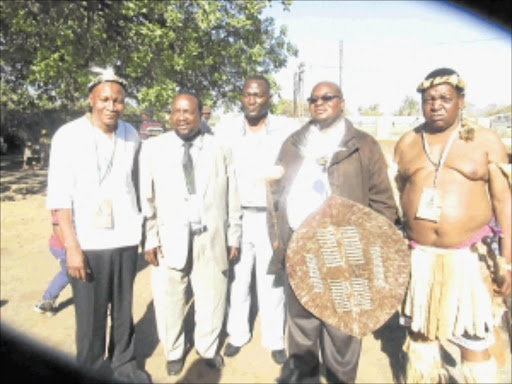 THOUGH the Nhlapo Commission has rejected the demand by the Gaza kingdom that Eric Mpisane Nxumalo be made king, hundreds of people celebrated Nghunghunyane Day on Saturday.

Nxumalo is a descendant of warrior king Nghunghunyane, who died in exile in Portugal.

Minister of Cooperative Governance and Traditional Affairs Richard Baloyi addressed the crowd at the Giyani Tourism Centre, unofficially dubbed Nghunghunyane Square because it has a statue of the warrior.

The Nhlapo Commission rejected Nxumalo's kingship claim last year, saying he could not assume his grandfather's kingship because it ceased to exist in 1895 after he signed a treaty with the Portuguese.

Nxumalo said he was taking the matter to court and the case is set for November 5 and 6 in the Pretoria High Court.

"The government will give me what belongs to me," he said.

Nxumalo said he survived on money contributed by the community because they feel aggrieved by the Nhlapo Commission's outcome.

The push for the Nghunghunyane kingship also seems to be gaining ground, with Greater Giyani mayor Pat Hlungwani saying his municipality would be involved with the Gaza kingdom to plan for next year's event.

"It is a shame that at this time of the ANC government we are the only ones (Shangaans) who do not have a king," Hlungwani said.