Ramaphosa apologises for splashing the cash 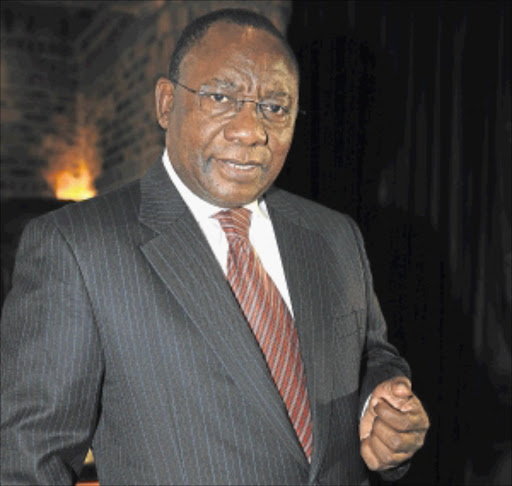 “Yes, I did put a bid and that was a mistake on my part,” he told SAfm on Thursday morning.

“I’ve been chastised by some of my good comrades, and even before they chastised me, I did admit that was a mistake.

“I regret it because it is an excessive price in the sea of poverty. I belong to a community and it was one of those moments when I was blind-sighted,” said Ramaphosa.

Expelled African National Congress Youth League president Julius Malema recently criticised Ramaphosa for this in an address to miners on an unprotected strike at Lonmin platinum mine, in which Ramaphosa reportedly owns shares.

Malema told the miners Ramaphosa had bought the buffalo for R18 million.

According to a City Press report in April, Ramaphosa bid up to R19.5 million for the buffalo cow and her calf at a game auction near Rustenburg, but was outbid by Bloemfontein businessman Boet Troskie.

Ramaphosa said later that his budget did not allow him to pay R20m for the buffalo cow. “I spent my budget on other animals. And, like any businessman, you must know when to stop,” he said at the time.