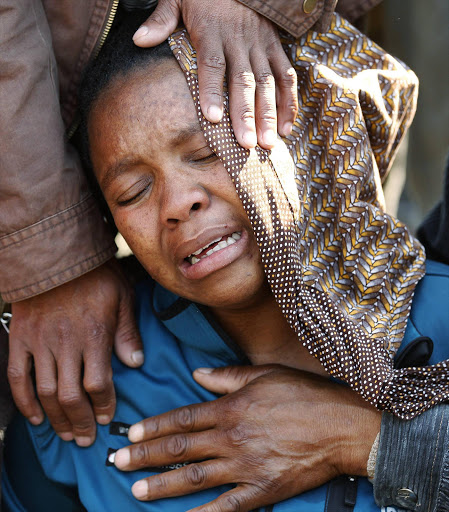 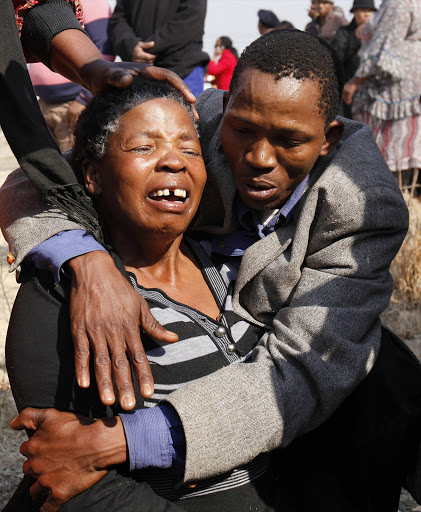 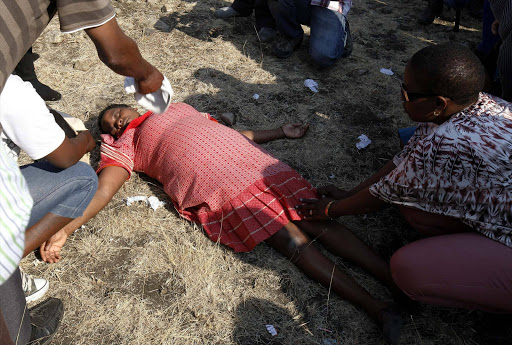 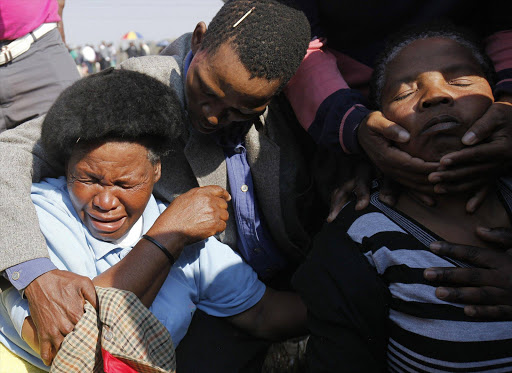 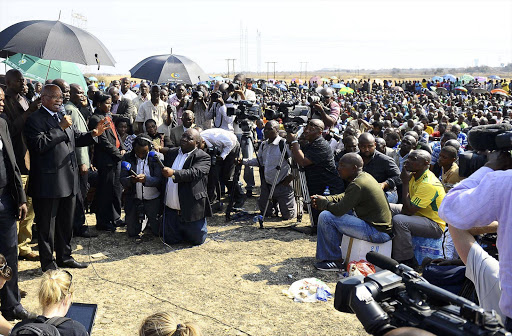 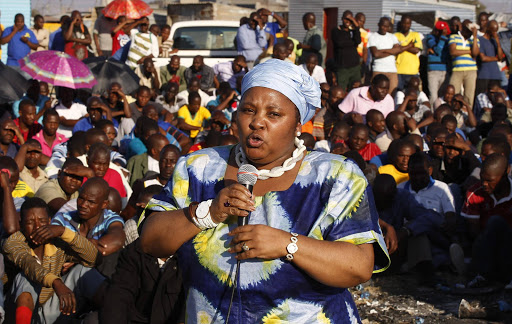 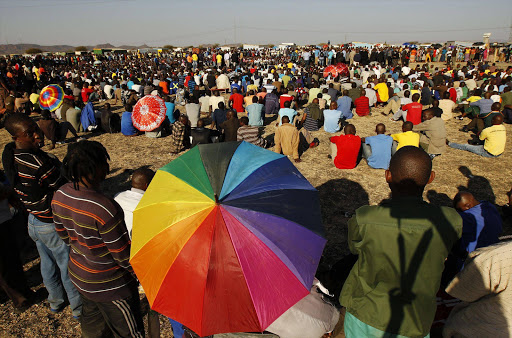 RUSTENBURG - Family members cried and collapsed at a memorial service on Thursday for the 34 miners shot dead during a protest at Lonmin Platinum mine in Marikana in the North West last week.

Several women broke down when they saw the jackets, blankets and shoes worn at the memorial which had belonged to the workers who were shot dead by police after week-long violent protests at the Rustenburg mine.

One of the woman had to be carried out of the memorial service after being overcome with grief.

A bishop called on all the social workers and pastors to “please be visible where the mourners are... to help them”.

Expelled ANC Youth League president Julius Malema, who was wearing sun glasses and chewing gum, sat in the front with the widows and older women. Suspended ANCYL secretary-general Sindiso Magaqa was with Malema.

Eastern Cape resident Marcus Ndebe’s 24-year-old son was one of those killed when police opened fire on the crowd.

Ndebe visited the spot where the shooting took place. As dictated by his culture, Ndebe observed the area where his son died and said he came to take his son back home, his final resting place.

More than 1,000 Wonderkop residents and dozens of clergymen and priests gathered under a white marquee at the edge of the informal settlement.

A second marquee was placed alongside the larger one to accommodate the overflow of mourners. Those without a place to sit carried umbrellas to shield themselves from the morning sun.

A priest took the stage and led the mourners in hymns before leading them along in cries of “hallelujah”.

SABC radio news reported that the government abandoned its memorial service to join the community’s one.

A large stage, with banks of speakers, was erected on the site where the shooting took place last Thursday. Musical instruments were laid out on the stage.

Presidency spokesman Harold Maloka said the names of the 34 protesters could only be released with permission from their families.

Flags continued to fly half-mast throughout the country in the national week of mourning.

The death toll from the week of Marikana violence stands at 44, including the 34 miners and another 10 people who were killed during the protest, including two policemen and two security guards.

In Gauteng, premier Nomvula Mokonyane was expected to lead a service later in the afternoon in Johannesburg. The service would be held in the Johannesburg City Hall.

Wits University would also observe the day by marching against violence at its Braamfontein campus. The march would start at the Great Hall and end on Jan Smuts Avenue.  - Sapa