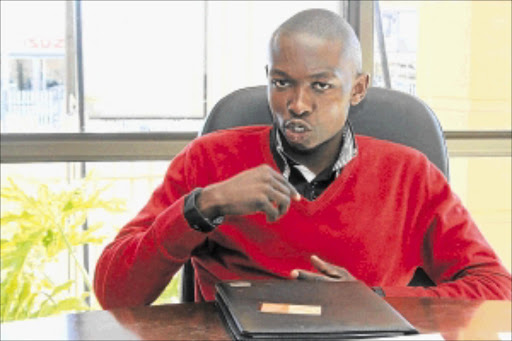 A man from the West Rand in Johannesburg, who has been operating as a private medical practitioner for two years, has been unmasked as a fake.

Sowetan has established that "Dr" Tshepo Benedict Maponyane, who worked as a locum at a surgery in Meadowlands, Soweto, is not registered with the Health Professions Council of SA (HPCSA).

Neither does he have medical qualifications from the University of Pretoria.

The HPCSA said Maponyane was working illegally since he was not a registered medical practitioner.

Maponyane approached Sowetan last week to promote a product, MyMpho, which he had apparently developed and which targets HIV-positive people, especially those looking for life insurance.

He would act as a broker and help his "clients" get cheaper medical aid, life insurance and funeral cover with established financial institutions.

He initially claimed to have graduated with a bachelor's degree in medicine and surgery from the University of Pretoria (Tuks), but the university has rejected this.

"I can confirm that Maponyane never registered nor graduated with us," Tuks spokesman Sanku Tsuke said.

Maponyane has since changed his story, claiming that he studied medicine at Free State University in 1999 and then transferred to Pretoria University in 2001.

After that, he claims, he moved to the University of SA (Unisa) in Pretoria, where he eventually "graduated".

He could only provide Sowetan with a certificate he received from a Quintiles workshop in 2011.

But Unisa said the institution did not offer medical courses and UFS also has no record of him.

By law all doctors are required to register with the HPCSA before practising. It is a criminal offence to practise without registering.

"According to our system, we do not have a Dr Benedict Tshepo Maponyane registered with the HPCSA as a medical practitioner," said HPCSA registrar and chief executive officer Dr Buyiswa Mjamba-Matshoba.

Maponyane claims to have registered with the HPCSA through Sama five years ago before de-registering himself two years later.

He also claimed that he worked as a locum for Dr Norman Mabasa, who he said had also registered him with the HPCSA.

Mabasa - who chaired Sama at the time and is currently health MEC in Limpopo - said he did not know Maponyane.

DO YOU KNOW ANYTHING ABOUT THIS MAN?

If so, contact our Health Reporter, Lindile Sifile, with your information on email sifilel@sowetan.co.za