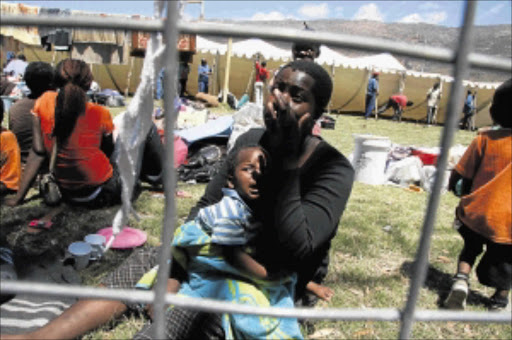 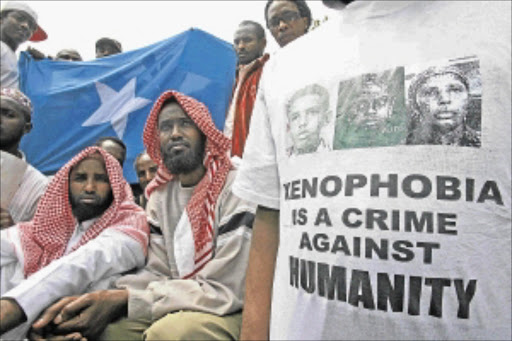 AFTER the devastating wave of attacks on foreigners that swept across South Africa in 2008, which left 62 dead and displaced hundreds, youngsters from KwaZulu-Natal have taken it on themselves to combat xenophobia in the country.

They will be crossing all South African borders connecting the country with other African states, exchanging songs and dance.

"Xenophobia is a result of ignorance, lack of knowledge and understanding of other African countries. Xenophobia is not only an inhumane thing that we as South Africans carry, but it has a crippling effect on our own success," Africa Praise and Prays 12-12-12 ambassador Mbali Mngomezulu said.

In May 2008 a series of riots left 62 people dead, 21 of whom were South Africans. The attacks were apparently motivated by xenophobia.

Mngomezulu says the widely publicised challenges experienced at South Africa's border are beyond politics or racism, but are, in fact, in the mind.

"The borders are not just a physical literal separation, but are a metaphorical separation in our minds and the evidence is at the border posts," she said.

"On July 7 we crossed over the border between South Africa and Swaziland. We found that the hostility at the border is what inevitably leads to xenophobia as we, Africans, have been made to think we are different from each other when we are just the same.

"We share the same continent and the only diversity is our language," she said.

Mngomezulu said police in Swaziland refused them permission to enter the country with a South African flag without a permit.

They plan to cross to Lesotho and Zimbabwe soon.

According to a 1998 Human Rights Watch report, immigrants from Malawi, Zimbabwe and Mozambique living in Alexander township norht of Johannesburg were "physically assaulted over several weeks, as armed gangs identified suspected, undocumented migrants and marched them to the police station in an attempt to "clean" the township.

"A Mozambican and two Senegalese were thrown out of a train. The assault was carried out by a group returning from a rally that blamed foreigners for unemployment, crime and spreading Aids."

In 2000 seven foreigners were killed on the Cape Flats over five weeks in what police described as xenophobic murders possibly motivated by the fear that outsiders would claim locals' property.

In August 2006 Somali refugees appealed for protection after 21 traders were killed in July of that year and 26 more in August.

Mngomezulu said though the 2010 Football World Cup brought the continent together, it was worrying that xenophobia continued to rear its ugly head.