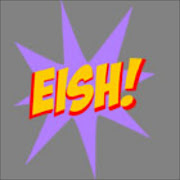 "The abductors must be traced and face penalties" - House of Traditional Leaders. But the victim will not be released from the school

THE family of a Limpopo taxi owner is fuming after he was abducted, allegedly by his colleagues in the taxi industry, and forced into an initiation school to be circumcised.

The incident happened on Sunday, two days after the start of the initiation season, in Nebo in the Sekhukhune area.

Jacob Mafiri, 42, was allegedly taken against his will to an initiation school in Eensaam village.

Mafiri is a well-known taxi owner and driver in the area.

It is not known what prompted the action and the matter is still under investigation.

His brother, Thomas, confirmed to Sowetan that Mafiri had not yet been to an initiation school as required by the culture of his family.

"We come from a religious family in which none of us, including our parents, were ever allowed to attend initiations," Thomas said.

"We view what happened to Jacob as his rights having been trampled on by the perpetrators.

"Jacob has a wife and five children who all depend on him," he said.

"His car is parked and cannot operate because no one, except the owner, has a permit to operate it as a taxi."

Initiation schools in Limpopo began operating on Friday last week and are scheduled to continue until mid-July.

This is in anticipation of the normal academic calendar of public schools in the province, which reopen on July 16.

Thomas said it was worrisome that the period between now and when the initiation schools were set to close down was long and that his brother's family would starve. Mafiri is the sole breadwinner.

Limpopo deputy chairman of the House of Traditional Leaders Hosi Eric Chauke said abduction was not allowed as they - the men who adducted Mafiri - had the responsibility to "respect other people's human rights".

"In this case the abductors must be traced and face penalties," Chauke said.

"It is obviously a police case and we will report it."

But Chauke said that it was wrong for the family to have approached Sowetan first, and not the traditional leader under whose jurisdiction the initiation school operated.

Asked what would happen to the victim, Chauke said he (Mafiri) would not be released from the school since doing so might expose the activities of the initiation programme.

"The victim will, unfortunately, have to see out his term in the school," Chauke said.

"But we will meet the sub-committee dealing with issues of initiations in the Sekhukhune district to find out what exactly had transpired."