'Bank is ripping us off' 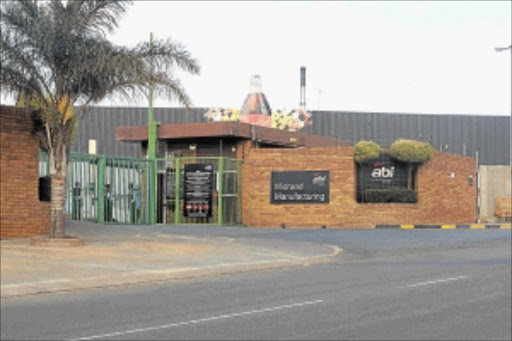 STANDARD Bank is under fire from scores of Coca-Cola employees in Midrand, who are accusing the financial services giant of overcharging them for loans given to them as part of an arrangement with their employer.

In terms of the arrangement, Standard Bank granted the employees personal loans ranging from R10000 to R60000 using their provident fund as security.

The employees complain that with the monies deducted from their wages, they should have repaid the loans by now, but they remain with huge balances that the bank cannot account for. They also claim that they never receive monthly statements from the bank.

In total, the employees have already repaid R2-million for loans totalling R500000. Four of the employees say they still had a combined outstanding balance of about R200000.

The bank has also allegedly not given them copies of their loan agreements showing the amounts taken and terms of repayments since the inception of their respective loans.

Their employer, Amalgamated Beverages Industry (ABI), is also accused of repeatedly debiting their salaries without proof of loan agreements with Standard Bank.

Standard Bank spokesman Ross Linsrom insists that the loans are legitimate and therefore ABI have to repay them.

"According to Standard Bank, all the recipients of the loans have taken multiple loans against their pensions over a period ranging from a few months to several years. As a consequence, the amount payable by the individual customers has increased," said ABI corporate affairs director Tshidi Ramogase.

Following an inquiry by Sowetan, Standard Bank last week sent a team of officials to the Coca-Cola plant where the employees were shown statements revealing theirbalances.

l Caiphus Phahlamohlaka took a loan of R25000 in 2001 and has been repaying R1077 every month without fail. Last Tuesday, he discovered that there were five more loan amounts amounting to R41000 in his name. He still owes the bank R19000.

"No one, including loan sharks, will ever demand a repayment of R90000 for a R10000 loan," said Wilson Baloyi, who has been repaying his loan for the past 14 years.

Ramogase said: "We take any allegations suggesting misconduct on the part of ABI employees quiteseriously."