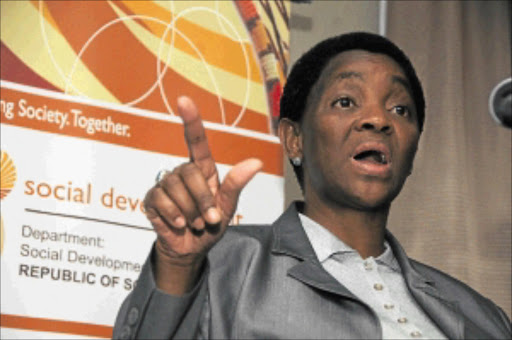 FOREIGN nationals are coming to South Africa to claim social grants money which they transfer to their countries. The revelations were made by Social Development director-general Vusi Madonsela

Addressing the media in parliament, Madonsela said some foreigners travelled into the country with the sole intention of claiming grants and repatriating the money over the border.

In a bid to stop the fraud, the department has begun to re-register grants recipients. He said so far, 111 foreigners had been identified and subsequently removed from the social grant register.

But it was not known exactly how many people received grants through fraudulent means.

International standards showed that about 10% of grant recipients were not legally eligible. "Whether or not it is 10% in South Africa remains to be seen. Over the years, we've estimated we could be losing plus-minus R2-billion."

The budget allocated to the social grant system was R105-billion.

Social Development Minister Bathabile Dlamini said the re-registration was in line with attempts to reduce fraud and corruption in the system.

"The South African Social Security Agency provides grants to over 15-million beneficiaries and therefore bears the responsibility to ensure that only legitimate beneficiaries are in the system," she said.

She said the agency had started the full re-registration of all beneficiaries, including children, this month. Madonsela said no additional costs would be incurred as a result of the process as it had already been budgeted for.