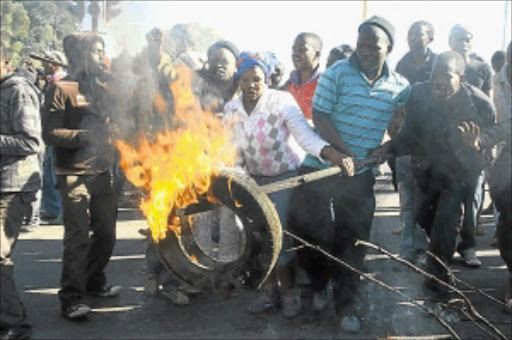 A man was shot and wounded at the Zandspruit informal settlement, west of Johannesburg, during a protest last night, police said today

The shooting apparently happened when two groups of protesters clashed.

Eye witnesses told the police one group wanted to loot the shops of foreign nationals while the second one sought to stop this, Lt-Col Lungelo Dlamini said on Thursday.

He said the man was rushed to Helen Joseph Hospital in Johannesburg in a critical condition.

Police were investigating a case of attempted murder.

“They will appear in the Randburg Magistrate’s Court on Thursday to face charges of public violence,” he said.

Dlamini said police also had to stop a group of protesters from attacking a mall in Randburg.

Chief Superintendent Wayne Minnaar said there was a heavy police presence and motorists were advised to avoid the area and use Malibongwe Drive and Hendrik Potgieter road as alternatives.