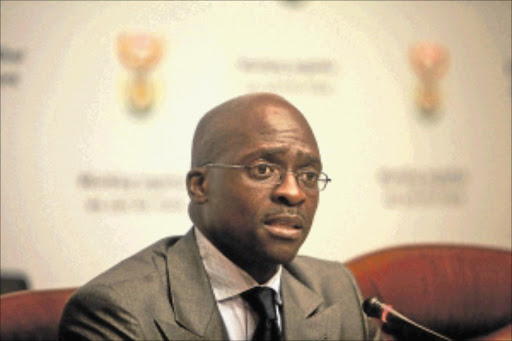 "In the recent years we have become so inwardly focused that our people should be wondering if they still matter at all," Gigaba told the National Union of Mineworkers (NUM) national congress in Kempton Park.

"Factionalism is slowly and seriously crippling our movement and distracting our attention from our historic mandate. We are fixated with succession battles."

Leadership squabbles were detracting the ANC from the urgent business of the day. Gigaba called for unity and discipline.

Succession debates had been dominating the media in the lead-up to the ANC's 53rd national conference in Mangaung in December.

Gigaba said militancy had always been a part of the ANC's revolutionary struggle, but it could not allow militant behaviour that was alien to the party.

"The militancy ... has always been required to enrich the struggle. We can therefore not allow opportunists and demagogues to hijack, to advocate and perpetuate alien behaviour within the movement."

This had "manifested itself in various ways including some shockingly crude, disrespectful and un-ANC remarks made in the public domain".

Prior to Gigaba taking the podium, the NUM passed a resolution to support the ANC's leadership elected in Polokwane in 2007 at Mangaung.

The NUM is a key constituent of the Congress of SA Trade Unions, which is part of the tripartite alliance, along with the ANC and the SA Communist Party.