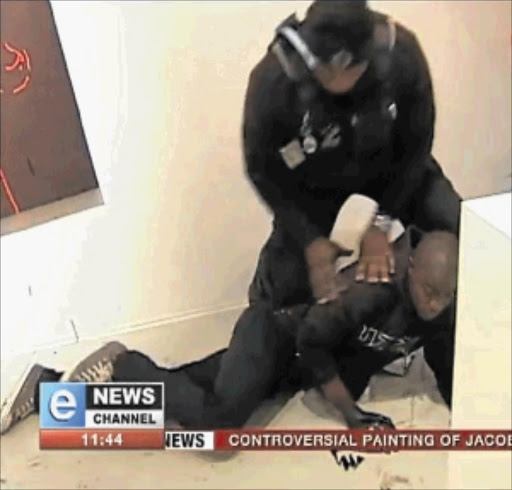 In a scene captured on video footage, the painting was vandalised on Tuesday by Barend la Grange and seconds later by Mabokela.

But he could not speak yesterday when contacted for comment as he was in a meeting. But he confirmed the arrest. La Grange said he acted in an effort "to defuse a highly racialised situation".

"I spent about an hour in the gallery before I did it," he said. "About 90% of people who came in did not come for the art. They came to laugh. That is a shame. I was a young man during the 1980s and do not want us to go back to those days.

"We have worked 18 years to undo apartheid," La Grange said, adding that he was a Boer and had no affiliation to any political party.

The men appeared in the Hillbrow Magistrate's Court yesterday and the case was postponed to June 28.